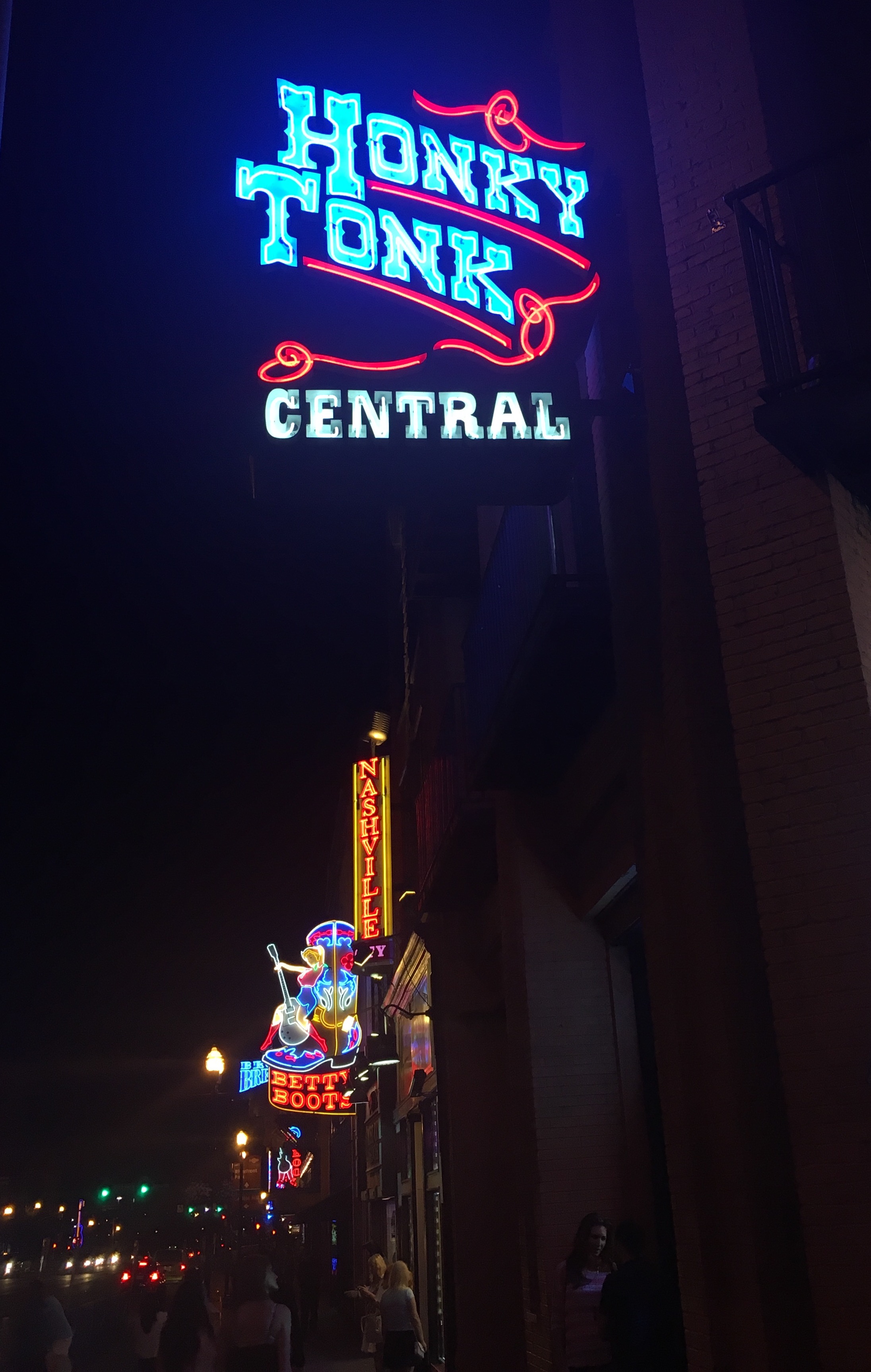 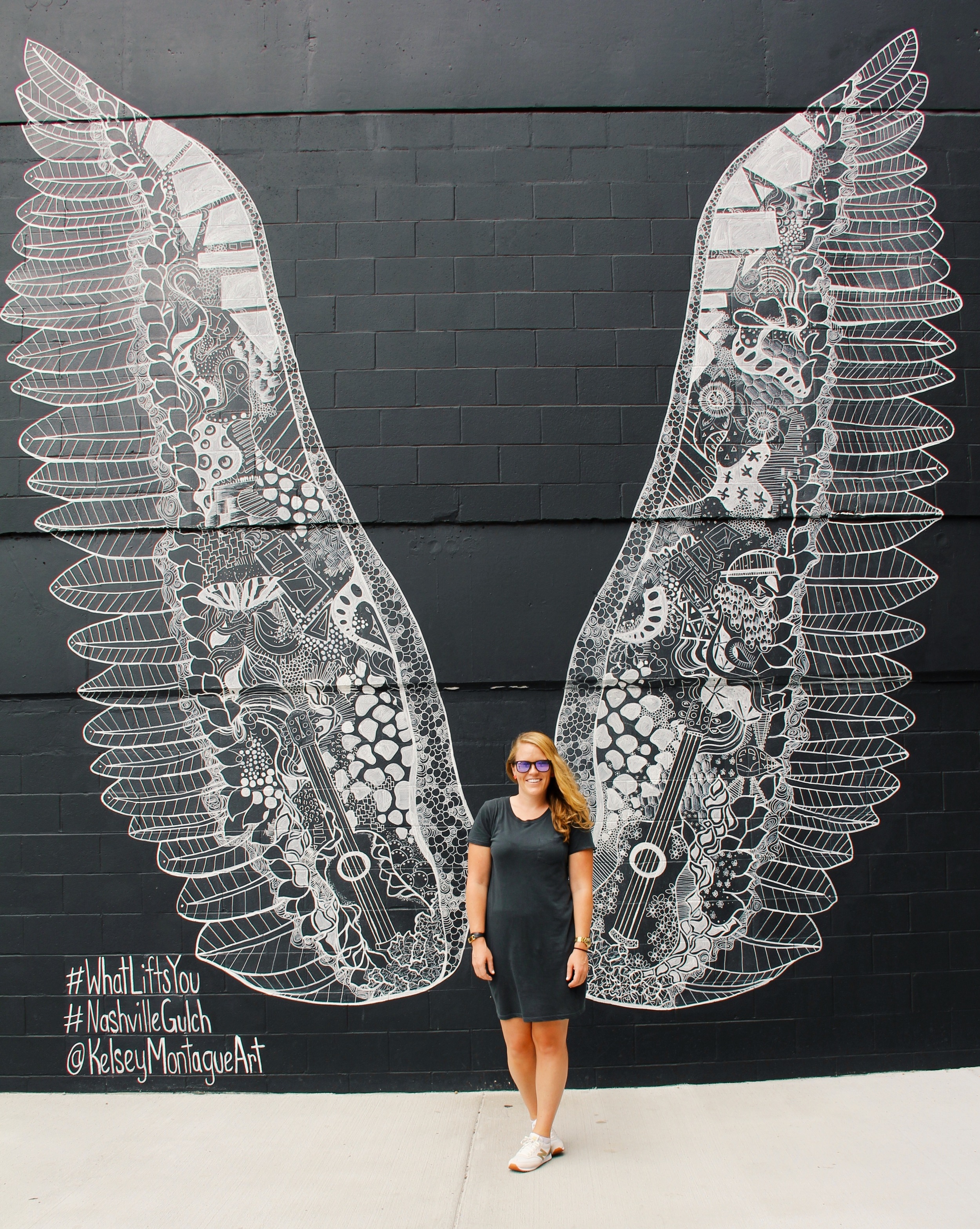 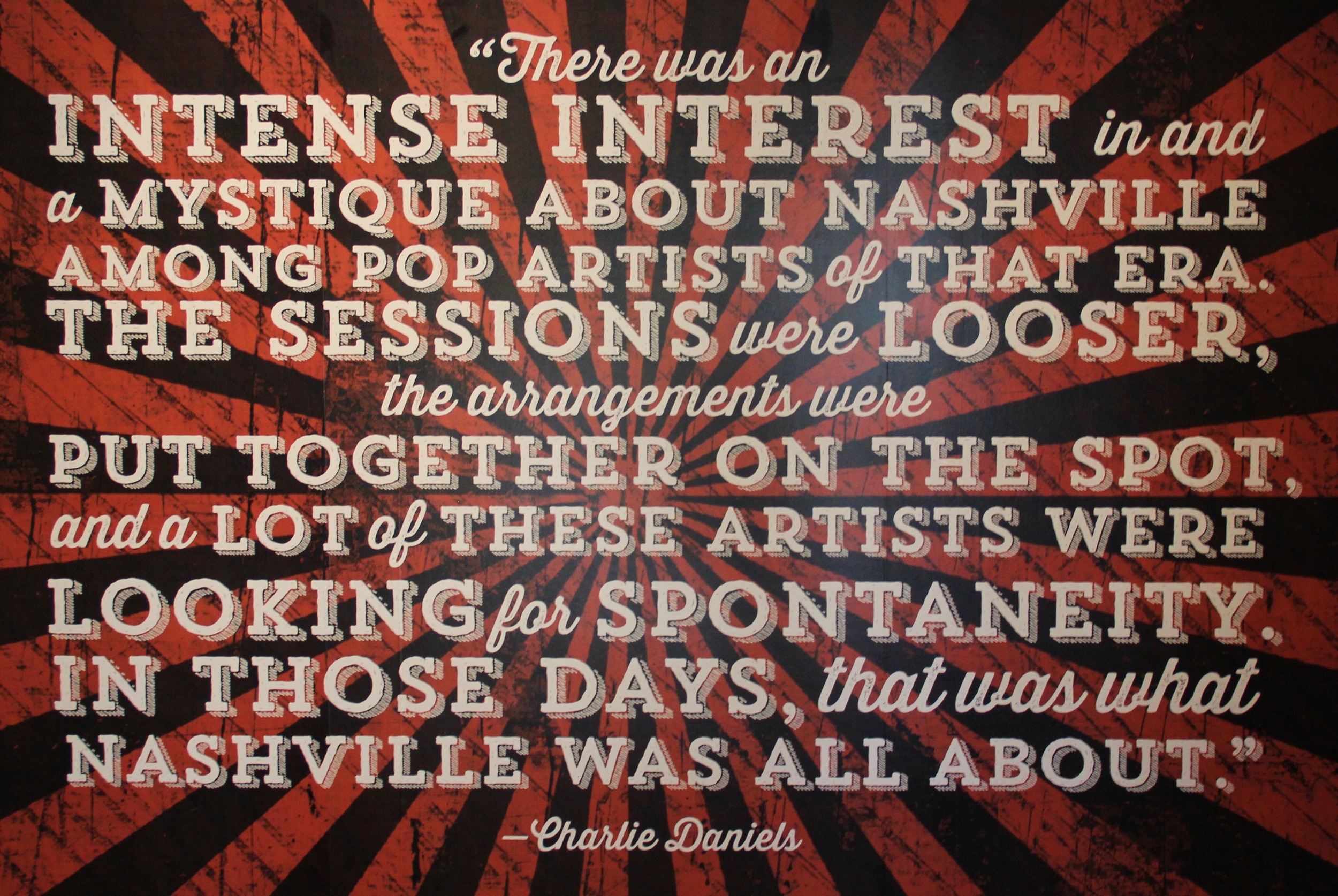 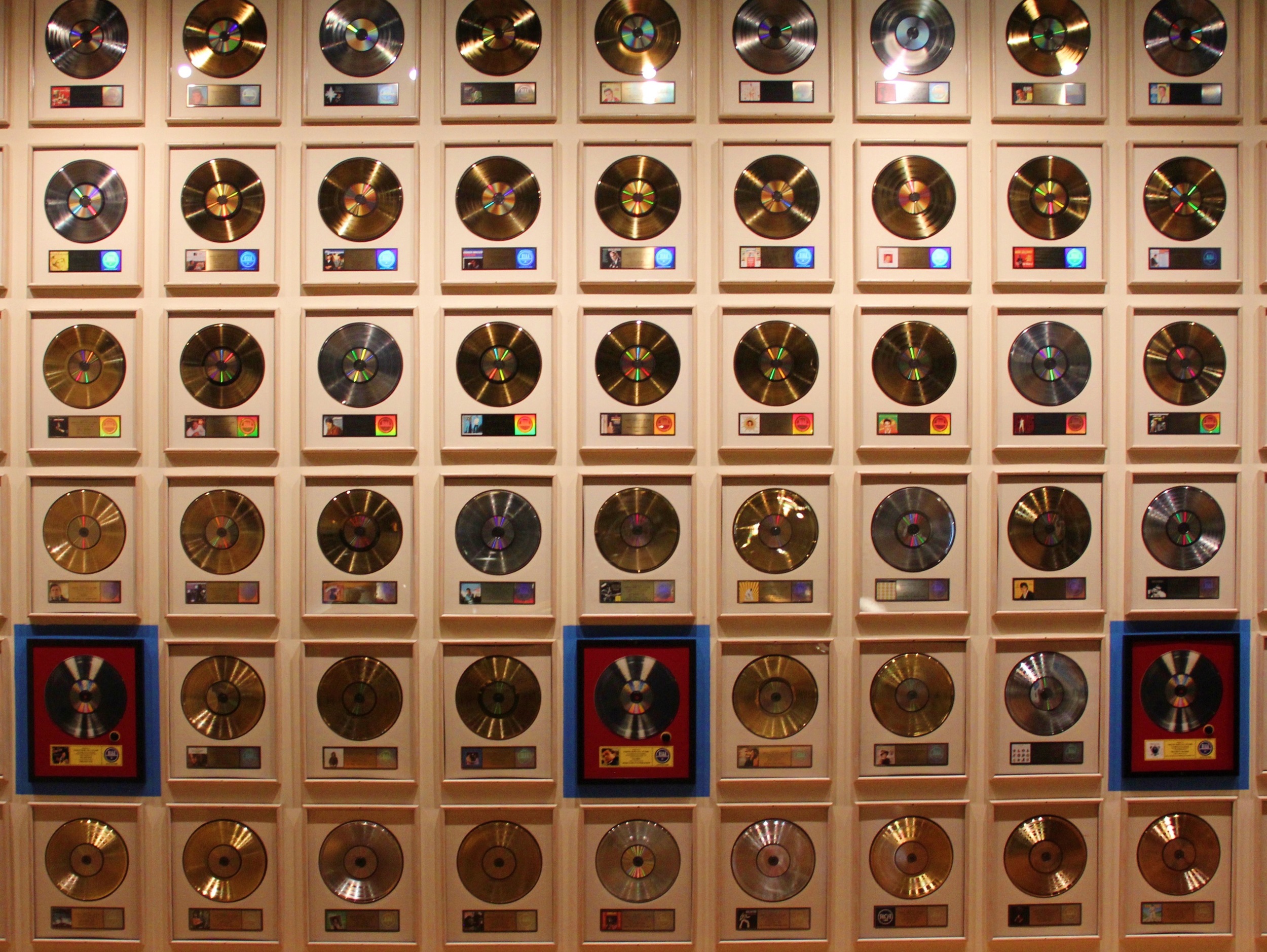 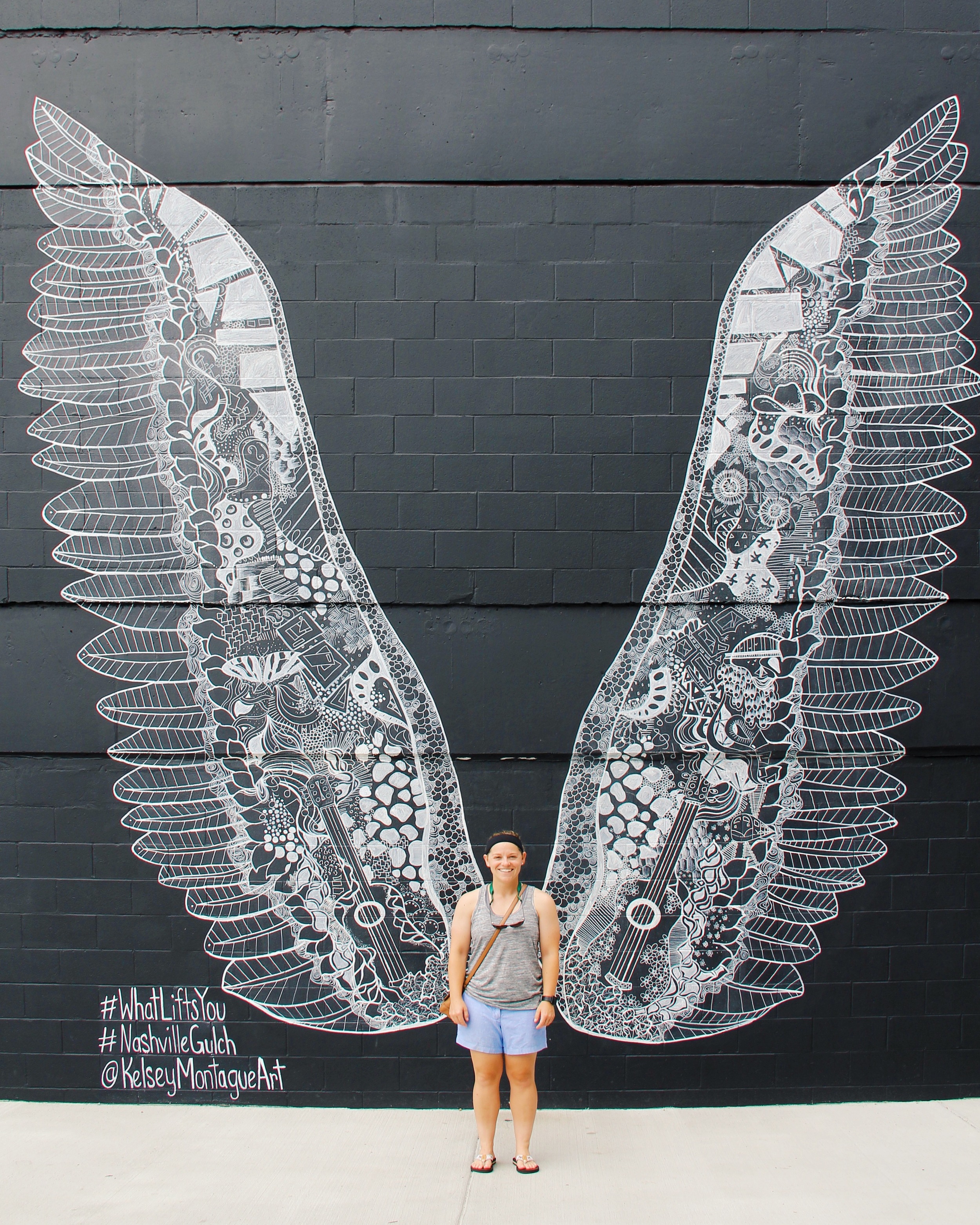 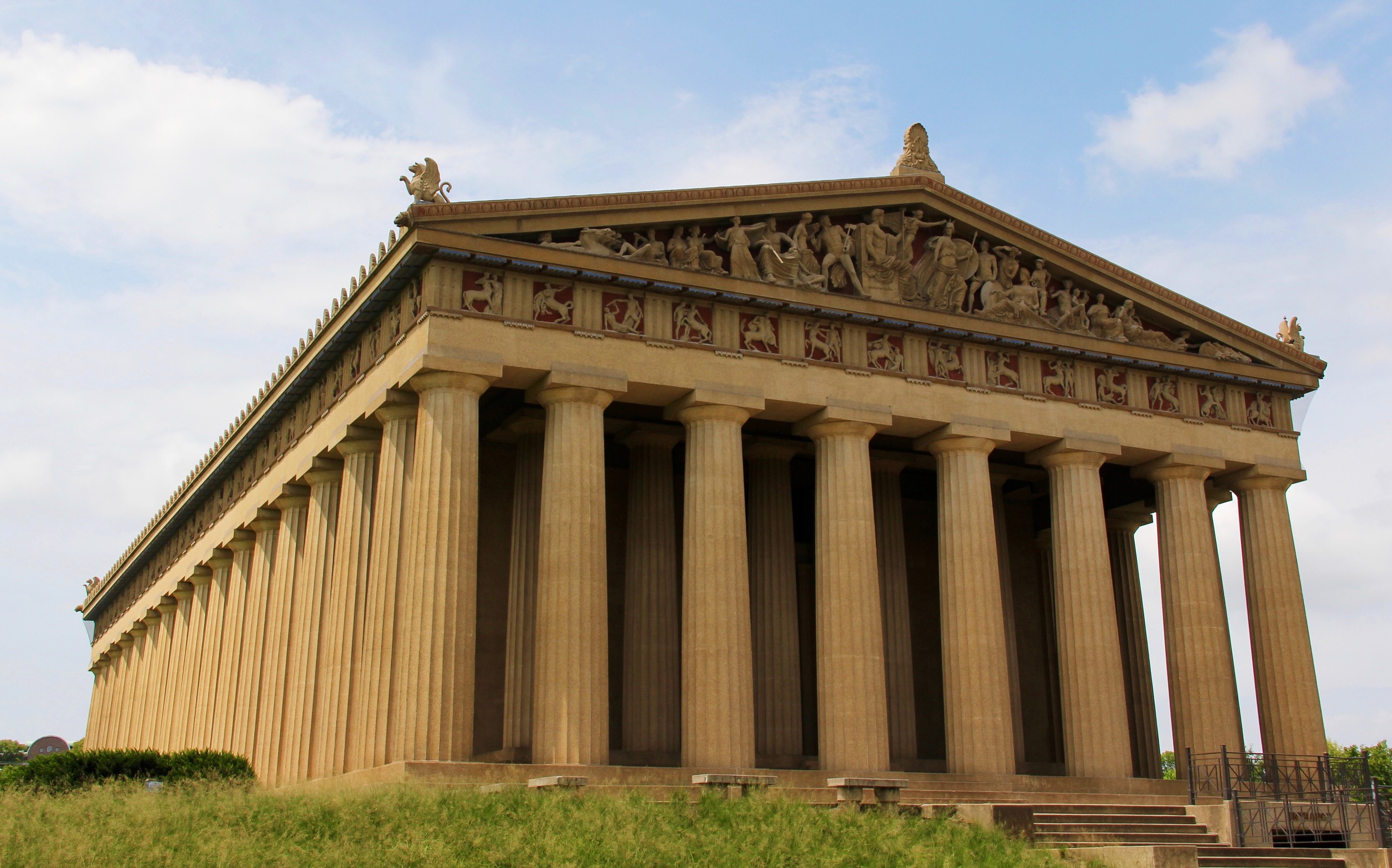 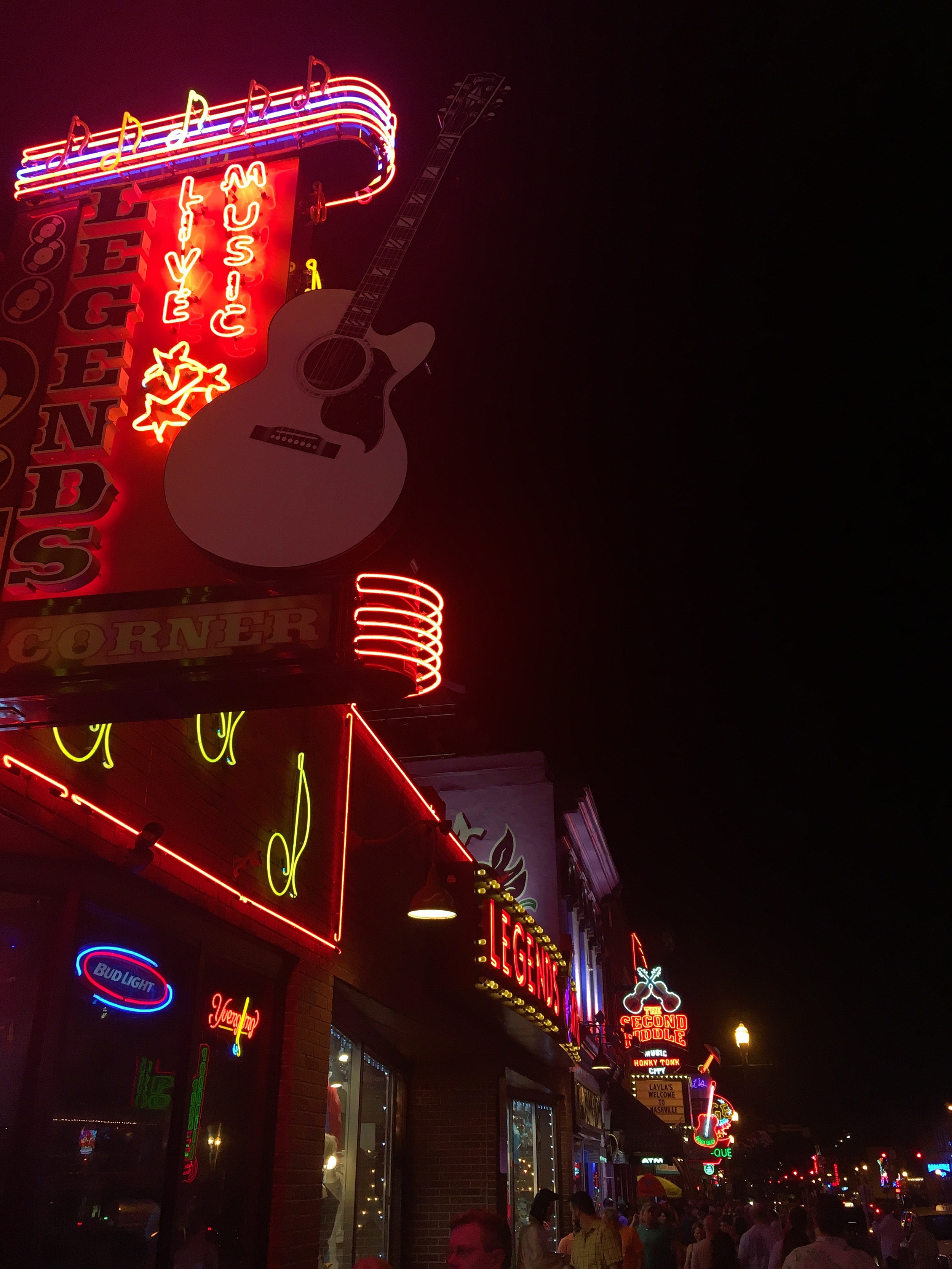 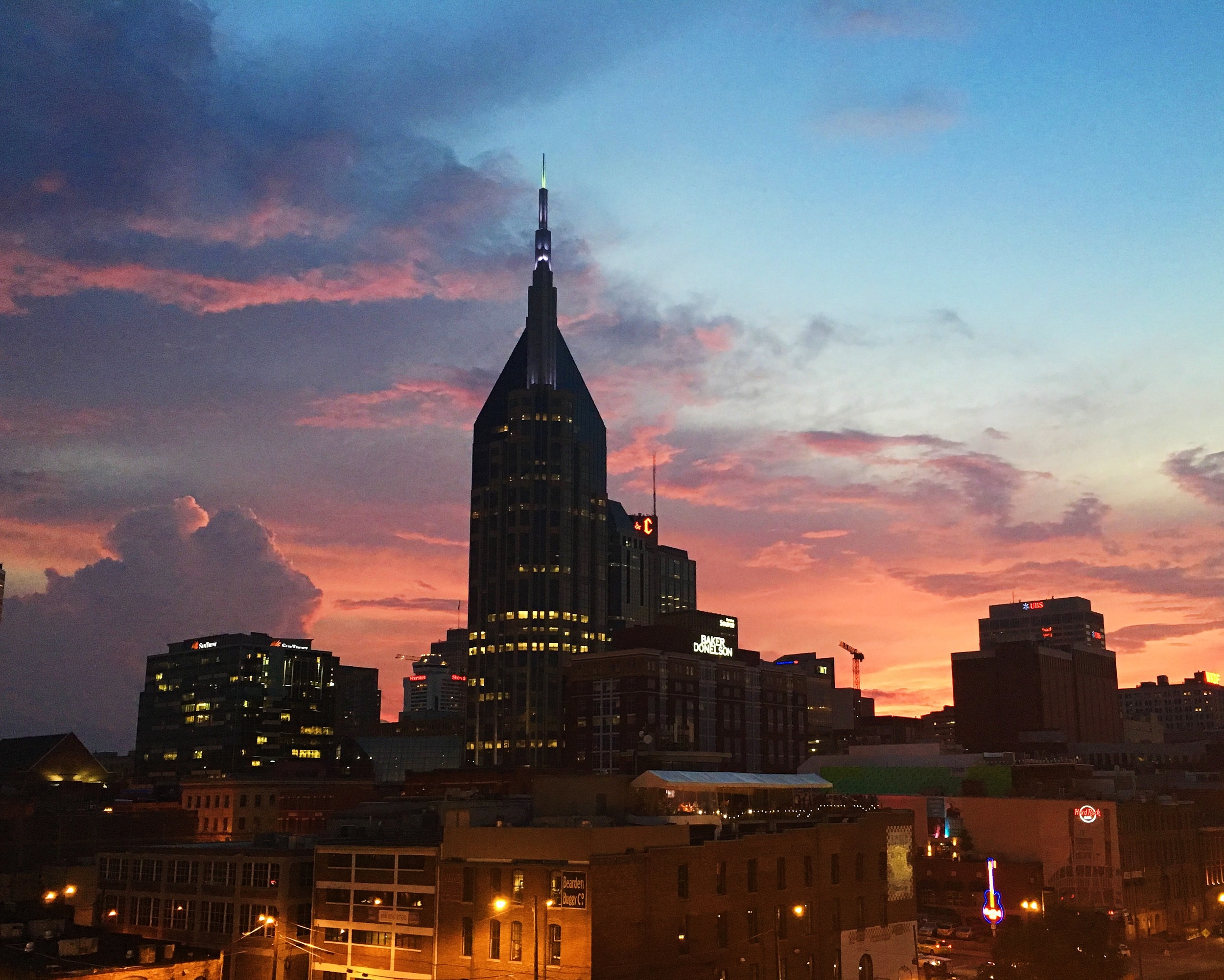 Miles driven: Maybe 10? Back and forth form our cottage to downtown Nashville

Tuesday was a “bucket list” kind of day. I’ve been dreaming of visiting Nashville for a while now. Not only was it a logical stop in the central-ish part of the country on our drive out west, but it is also an entire city that feeds directly into my obsession with country music…what could be better?! Our day spent being tourists did not disappoint. With some suggestions from our Airbnb host and a variety of bloggers detailing how to spend 24 hours in Nashville, we set out into the “feels like 95 degree” weather to see what Music City was all about.

Our first stop was at Barista Parlor. In the land of cowboy hats, boots, and y’alls, we managed to find an awesome coffee shop that seems fit for the Brooklyn hipsters. One sip of Randi’s almond milk latte with hints of nectarine, coco, and graham cracker (she could taste the flavors…I could not. My palette only identifies maple syrup in lattes I think), and we knew we found the right stop to satisfy our caffeine fix. Our morning took us to Kelsey Montague’s “What Lifts You” wings mural (made using 60 chalkboard pens which is still mind boggling to me), Centennial Park and the full-scale replica of the Parthenon (this is basically professional development for my Athens unit, right?), and a drive through Vanderbilt University and Music Row. Once we got the lay of the land, we headed downtown to Lower Broadway in search of a BBQ lunch and full immersion into the country music scene.

Our afternoon could be defined by two things: art and country music…aka two of my favorite things. Per the blog’s suggestion, we sought out Hatch Show Print, one of the oldest working letterpress print shops in America. It immediately made me regret not taking advantage of the print making studio at Midd. Conveniently, the shop shared a wall with the Country Music Hall of Fame (I mean, fate, right?). Taylor Swift’s hand-written “Tim McGraw” lyrics, Dierks Bentley’s old guitar, and gold records from country music’s most famous artists made this one of my favorite museums (the list of my favorite museums currently has one listed on it now: Country Music Hall of Fame).

So far, my only regret of the day was not packing one of the three pairs of cowboy boots that I own (it didn’t seem like a practical decision for the 24 days of traveling we had in store…bad decision). Instead, I felt like an imposter walking around downtown Nashville looking like I belong more in a J.Crew ad in a striped dress and Jack Rogers. For those of you wondering if I met my hockey-playing-country music-singing-cowboy-boot-wearing dream guy…I did not. Hopefully that doesn’t deter you from reading the rest of this post. I also didn’t run into Mike Fisher and Carrie Underwood (insert sad face emoji here). The Nashville Predators, however, do seem to have their priorities right with “Make America Skate Again” proudly displayed across the front entrance to Bridgestone Arena. Art, country music, and hockey all within a two-block radius…have I found heaven on Earth?! I think so.

We hit up an awesome warehouse-esq restaurant/bar on the corner of Lower Broadway for dinner. I can’t complain when I’m messily chomping on corn on the cob (maybe this is why I didn’t attract any cowboys last night), eating pulled pork tacos, and listening to live country music. After witnessing a pedal pub and a John Deere pulling a wagon full of drunk, dancing party goers drive by the windows, Randi and I questioned if we were going about our evening all wrong.

I can’t remember the last time I’ve done a bar crawl on a Tuesday night. Actually, I’ve rarely done a bar crawl period, and I don’t think I’ve ever gone out to a bar on a Tuesday night. After researching which of the neon-lit bars on Broadway we should hit up, we started at the world famous Tootsie’s Orchid Lounge. The cover band on the top floor was good despite looking more like Blink-182 wannabes than country singers. At a lull in their set, the lead singer came up to Randi and I and asked what songs we wanted to hear. Naturally, I said I’d like some Kenny Chesney but was immediately disappointed when he told me “he didn’t know the ‘Keg in the Closet’ lyrics” Come on, dude. He was far more receptive to Randi’s request of Thomas Rhett. However, our donation to the band’s nightly pay in exchange for those requests went no where because he didn’t play either artist before the end of their set. We just got scammed by a wannabe country act. Ouch.

Note to self: Tuesday night might not be the best night to go out in Nashville. We ended up hearing more non-country songs, watching more band turnovers, and almost getting stuck in a parking garage. All in all, we’re chalking it up to a successful 24 hours in Music City, and the likelihood that we’ll be back at some point in the future is highly likely.

As so eloquently stated by Nelly…”you can find me in St. Louis” »