As so eloquently stated by Nelly…”you can find me in St. Louis” 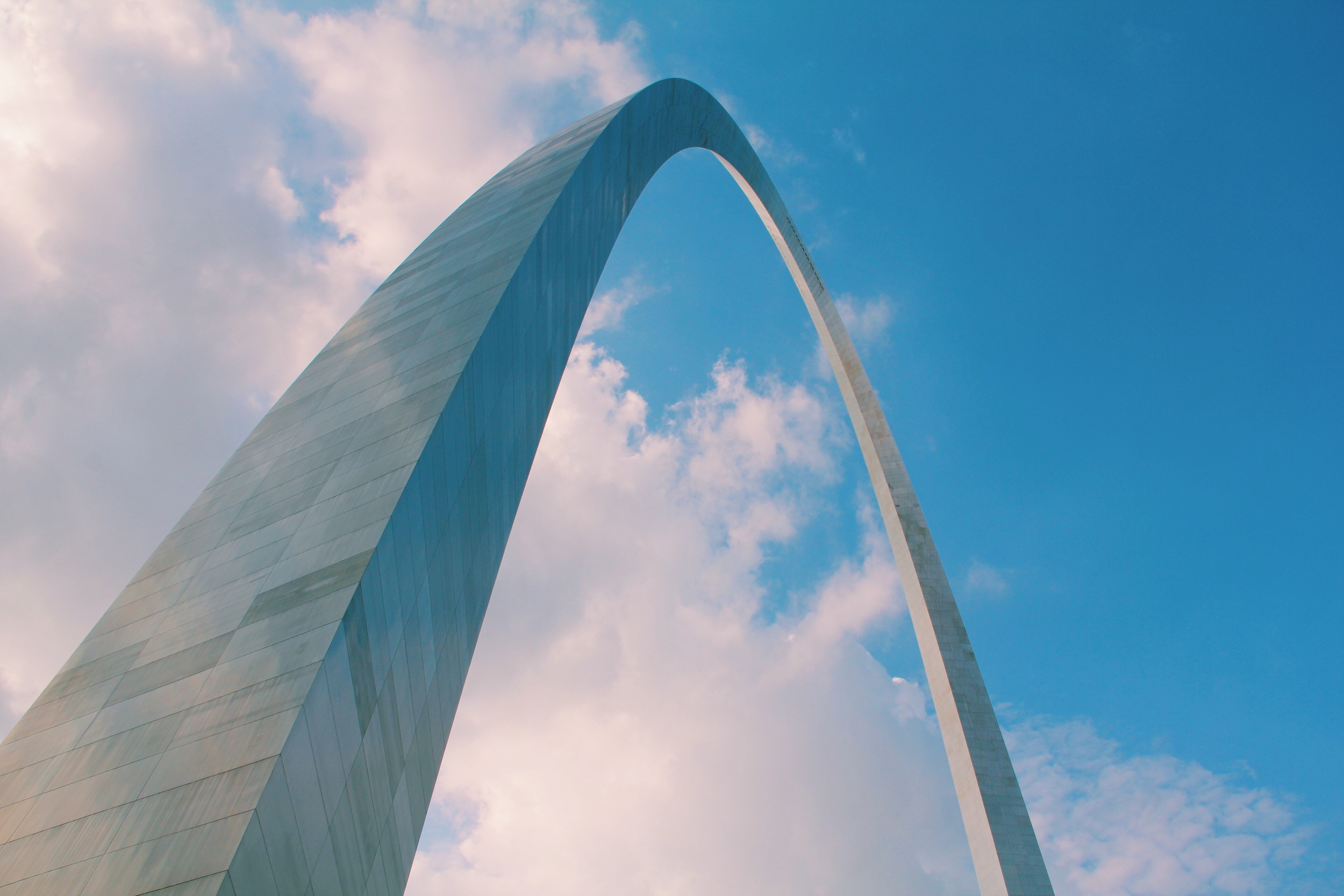 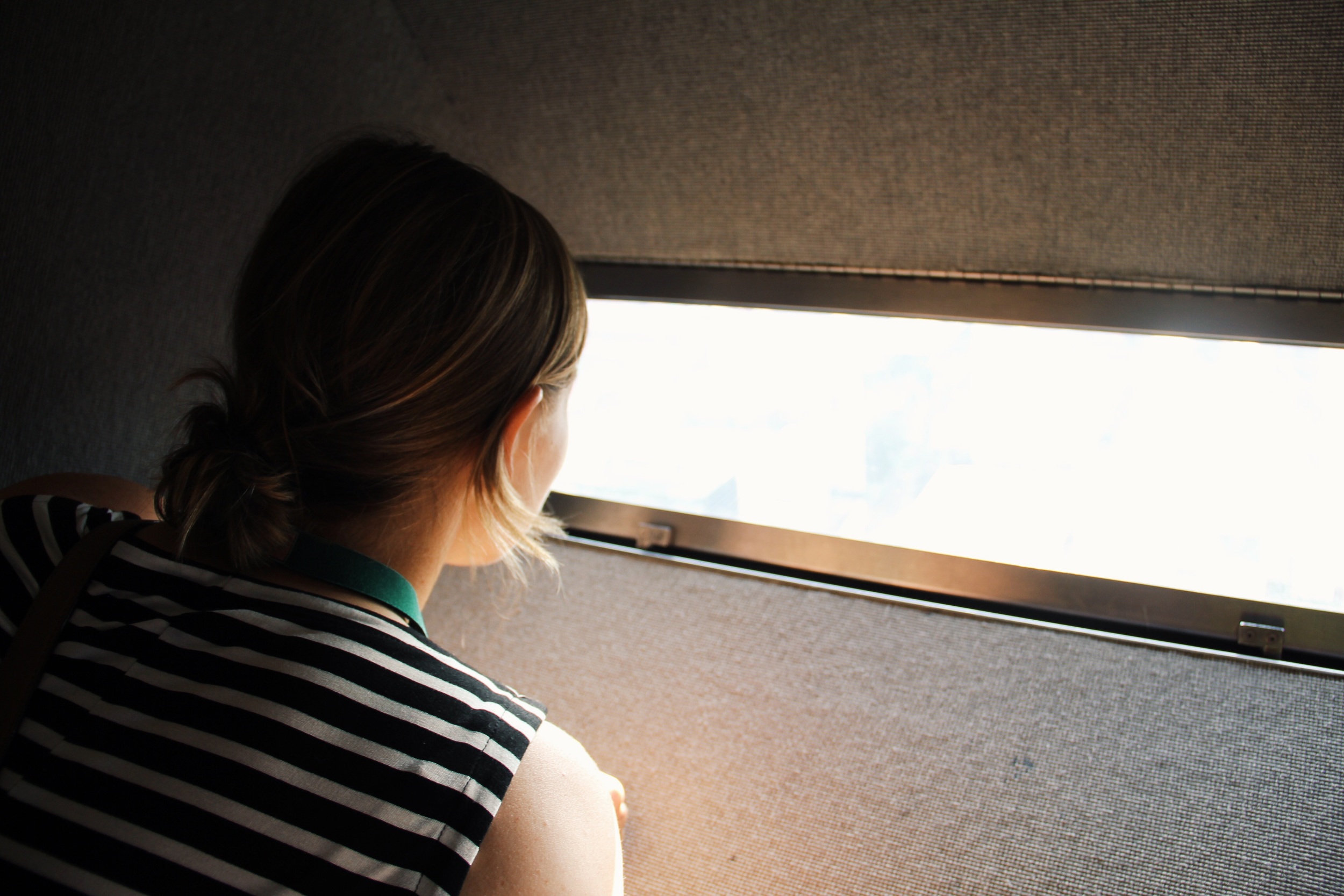 The tiny, dirty, narrow windows at the top. 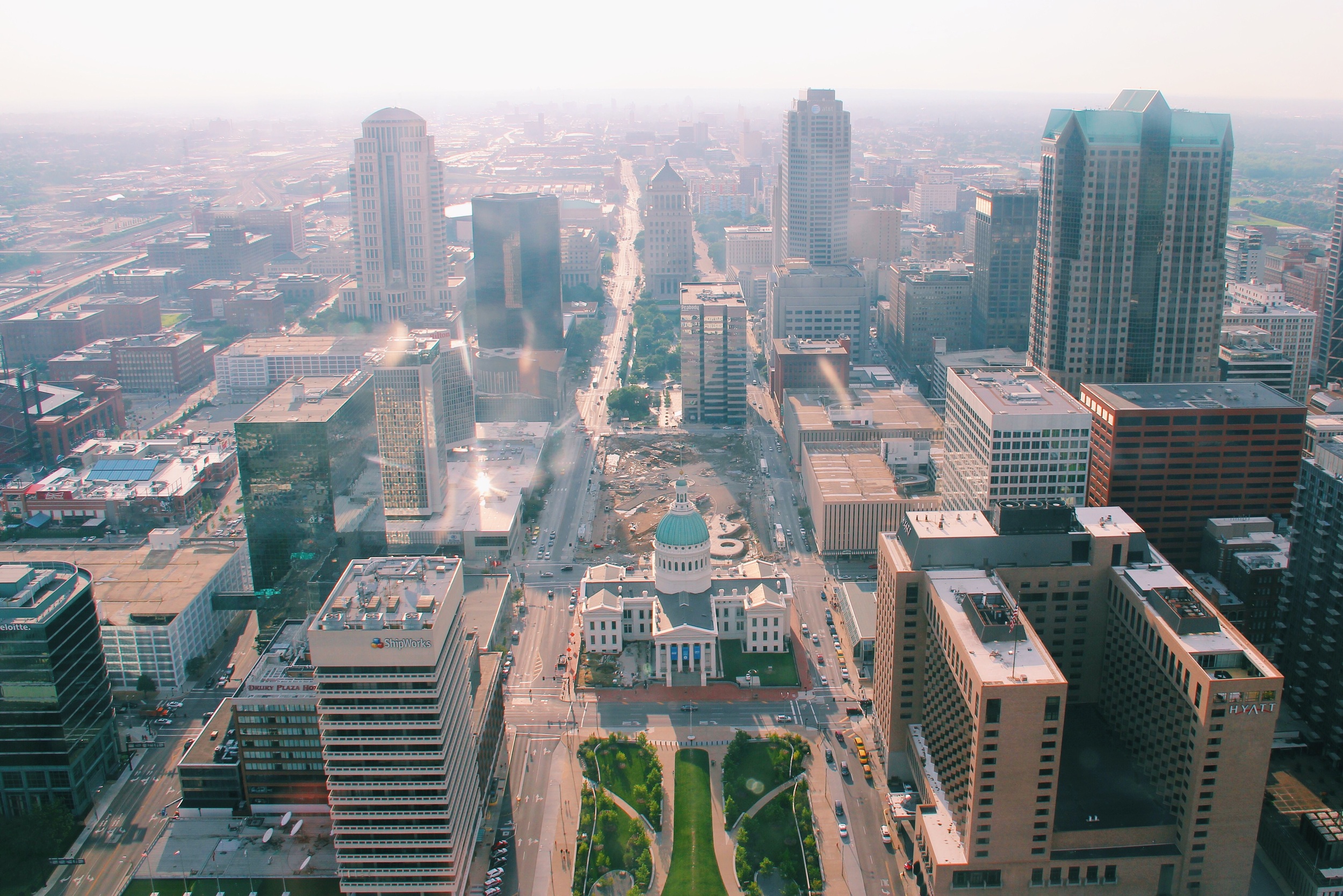 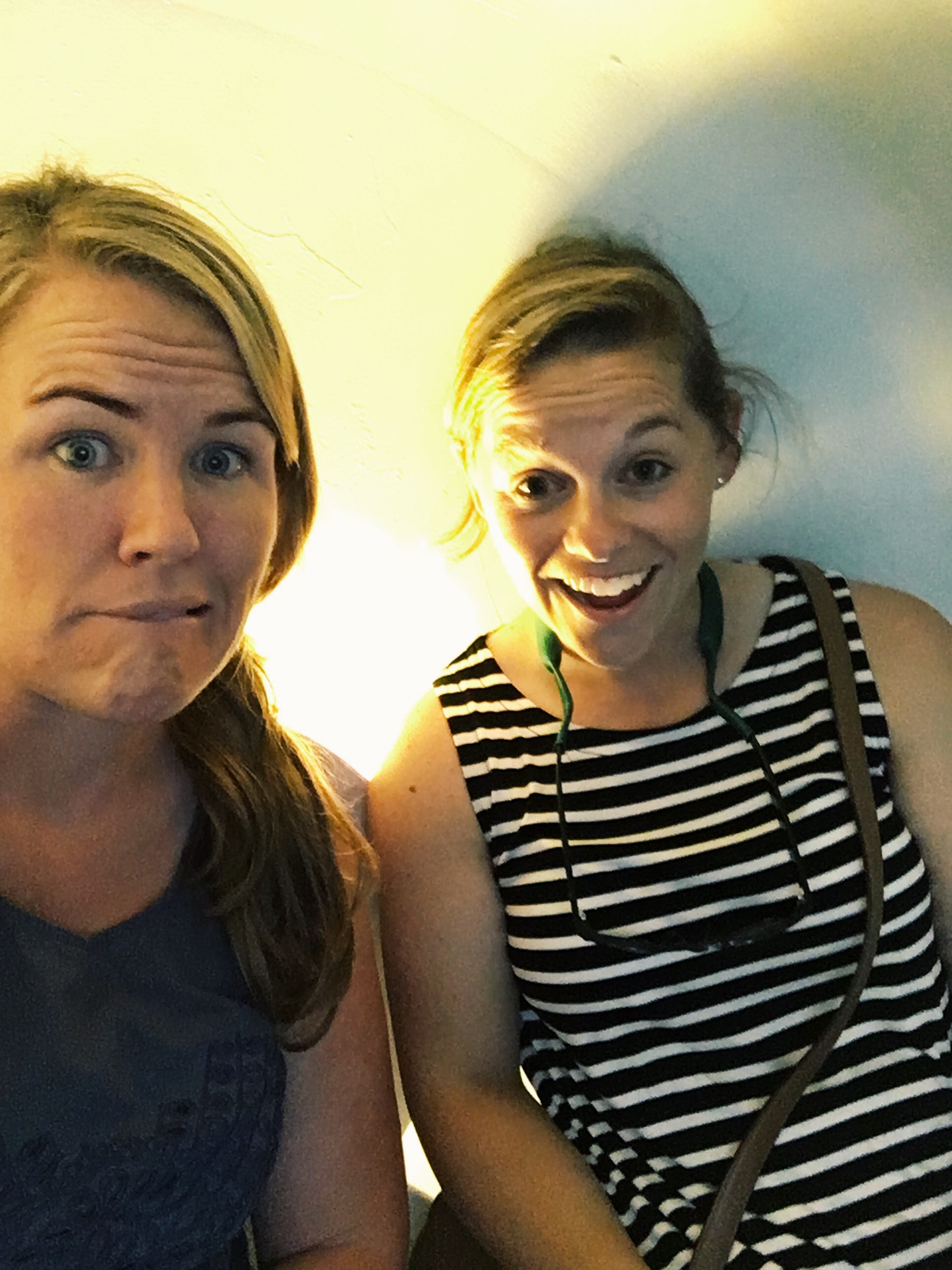 Pod life. Not one for selfies, but it seemed appropriate to snap one in our elevator pod.

When traveling through St. Louis, Missouri, it’s obvious what you’re supposed to do: visit the arch. The Gateway to the West…an obvious stop on our trip, well, west.

After a morning in Nashville and a four and a half hour drive through Kentucky and Illinois (which felt extremely short compared to Monday’s trek), we booked tickets to journey to the top of the arch. Friends had warned us that we were going to feel like we were in a washing machine drum or the ejection pods in Star Wars (which is a reference Randi and I didn’t get because we’re in the small minority of people who have never seen a Star Wars movie).

In early evening, we stood waiting amongst a group of tourists for the short, mysteriously tiered elevator doors to open up and expose us to a tiny pod “fit” for five people that would take us to the top. Luckily, neither of us are claustrophobic because these five seats we basically positioned on top of each other in the circular space (Randi was thankfully for her short 5’2″ stature for once…she definitely had more head space than I did). After a four minute, slow, creaky crawl to the top, we climbed out of our pod and walked up the ramp of the arch to the observatory windows. The first view we witnessed wasn’t that of downtown St. Louis to the west or Illinois to the east. Instead, it was of people’s butts. Yep, butts. Dozens of people leaning over to peek out the oddly positioned windows resulted in lots of butts projecting out into the limited walking space. So, naturally, we dodged the bunches of butts to wait our turn to look out the dirty, cloudy windows and catch a glimpse of the current construction site that is St. Louis. After about three minutes, we decided we had had enough and headed back to the elevator.

Now, as you’re waiting to climb back into the small confines of the elevator pod to return to level ground, the last thing you want to see is projectile vomit from a baby all over her father who may or may not be assigned to your same pod (it’s unclear as a cluster of people wait on stairs for the elevator doors to open). As you might expect, that’s exactly what happened to us. Luckily (and I mean luckily), we somehow landed a private pod for the descent. We were beyond thankful to not be sharing the 3 by 3 foot space with this family of four…covered in baby spit up.

Now, St. Louis wasn’t a destination on our road trip per say. Instead, it was a logical stop between Nashville and Steamboat Springs. Our 13 hours spent in the city were interesting to say the least. In an unfamiliar city, it was fascinating how much culture can change in a matter of feet. We went to The Loop, which is an iconic strip in one of St. Louis’s downtowns with restaurants and shops; it’s a place that clearly attracts residents, university students, and visitors alike. Yet, when walking to a bakery on the same street, we reached an intersection that drastically switched from a cheerful, friendly, upbeat Wednesday night to loitering homeless people confronting us on the sidewalk and crossing an intersection where we could have easily been a pedestrian fatality based on the reckless driving we witnessed in a mere five minutes. Don’t worry, we survived. And had a delicious BBQ dinner at Salt & Smoke.

And to end the day? A classic “objects in photos are fancier than they appear” Airbnb experience that left both Randi and I a bit perplexed as we approached our stay with nervous giggles. Parked parallel to our host home, craning our necks in a ‘is this it?’ position, the mutual discomfort was evident when Randi turned to me and said, “sooooo, what do you wanna do?” Not exactly the kind of neighborhood we had envisioned posting up in, but our temporary hosts greeted us with a warm smile and led us to a comfortable space of our own. We rolled out the next morning without any slashed tires or a glance back.

Seeing the range of options available on Airbnb…check.

Next stop, Denver. Only a hop, skip and a jump (of 850 miles) through a couple fly over states.

We aren’t in Kansas anymore…thank God. »