Many of you know that I’m making the move up the eastern seaboard from Greenwich to Boston this summer. While finding a roof over my head was at the top of my to do list going into June, I knew I needed some adventure amongst my “adulting.” Between teaching summer school, moving out of Greenwich (and temporarily into my parents’ house in Vermont…no shame), finding an apartment in Charlestown, and staying really busy with my photography business, I managed to take an impromptu road trip for the lone week and a half that I had nothing scheduled. My friend and fellow teacher, Erin, was also in need of a summer of adventure, so with about 36 hours of planning, we headed south in search of country music, southern BBQ, and hot summer temps.

Last year’s nearly-month-long road trip with Randi taught me that amazing parts of our country are within driving distance and that hitting the road with a (vague) plan and a full tank of gas is basically all you need. Erin and I pressured Randi to join us, but she was really in adulting mode and had to stay in Maine to close on the lakeside cottage she just purchased (I know where we are headed on our next road trip).

Since I completely failed to post as we traveled, I’m doing a summary post to highlight the adventure (which is also nearly two weeks after we returned…better late than never?! I didn’t even procrastinate this; I’ve just been too busy!).

1. Food. Looking back, we decided this road trip turned into a food tour of southern cities. Please see our complete list of restaurants and reviews below (Yes, we now view ourselves as amateur food bloggers).

2. Waking up each morning and and choosing our own adventure (and reading too many reviews on TripAdvisor to pick said adventure). It’s really liberating when you rise from bed each morning with the thought, ‘we can do whatever we want!’ And, we did. We even rented a yacht (see number ten).

3. Pedal Pub. Sober or drunk, it’s a blast. We reserved our seats on the fourteen hour drive down to Nashville. After some research on the various mobile pub options (there are quite a few), we opted for the Nashville Pedal Tavern’s noon tour (its five o’clock somewhere, right?). We stood out because we were not part of a bachelorette party, but I think that made our driver, Seth, like us more…and because we actually pedaled. 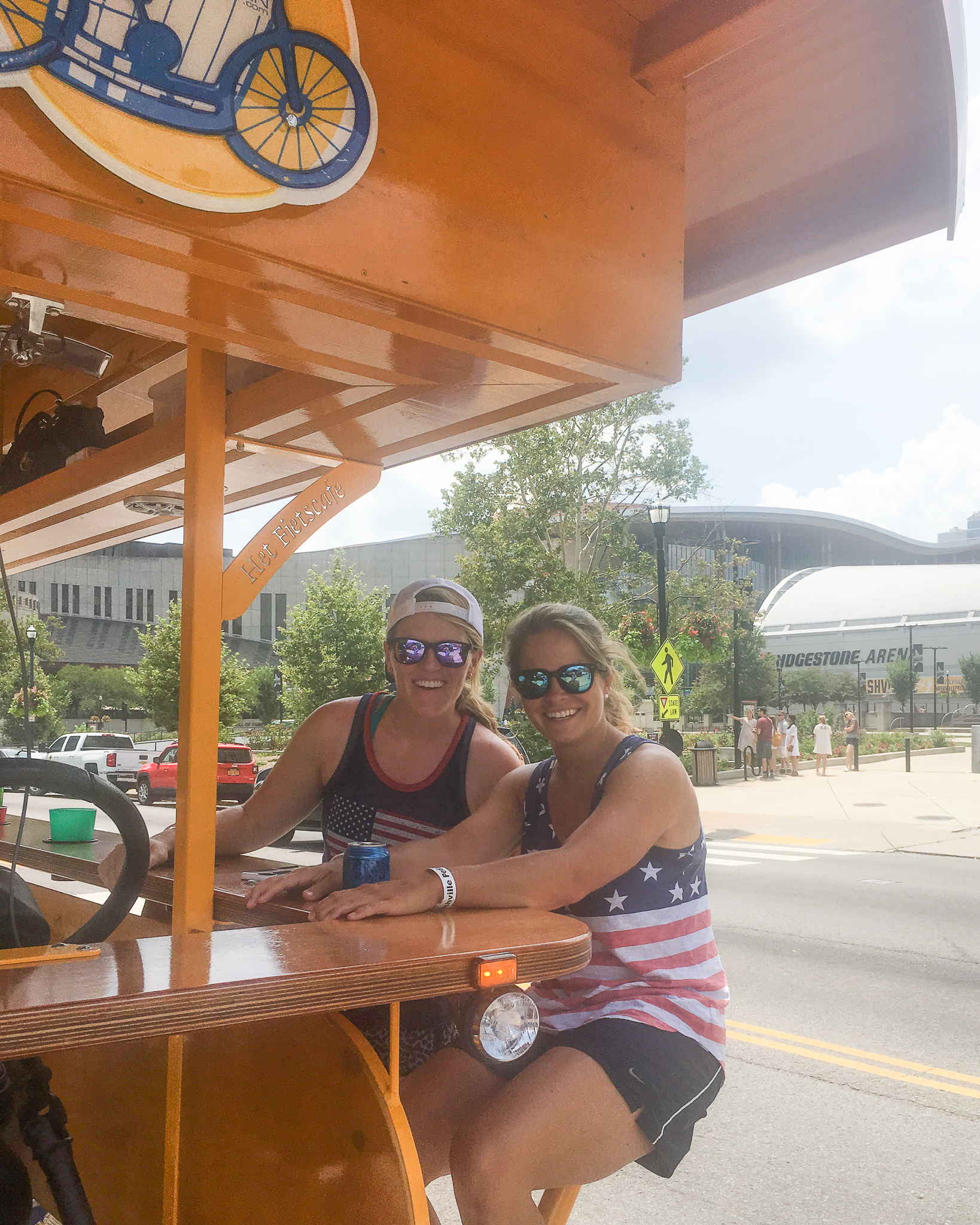 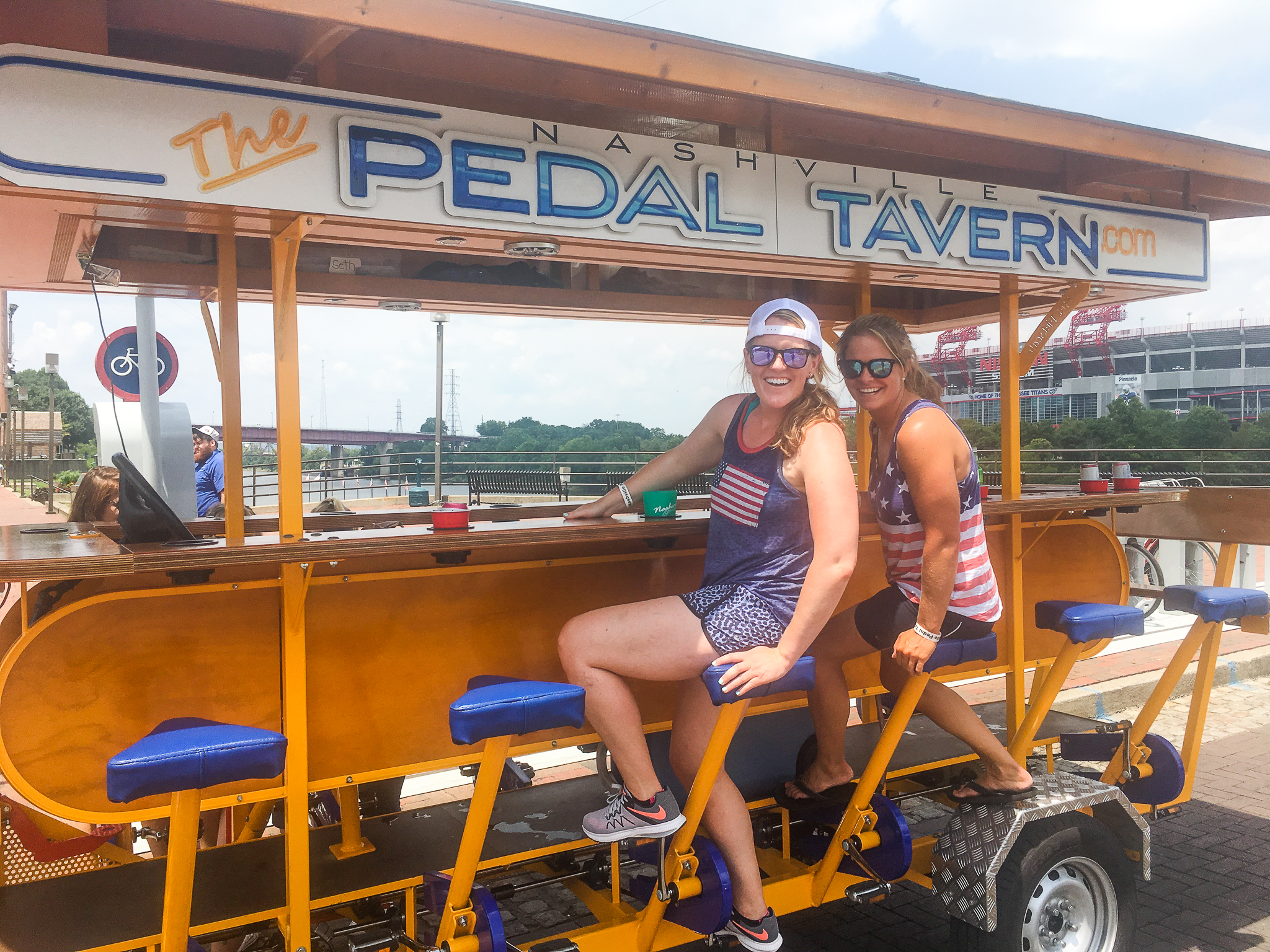 4. Recording studio. Erin’s underground dream is to be a country music star (I realize that I’m publicly outing this dream…). So, when we stumbled upon a fake recording studio in the Country Music Hall of Fame, we obviously took advantage of the opportunity to lay down a track. Late discovery: the recording booth was not sound proof. 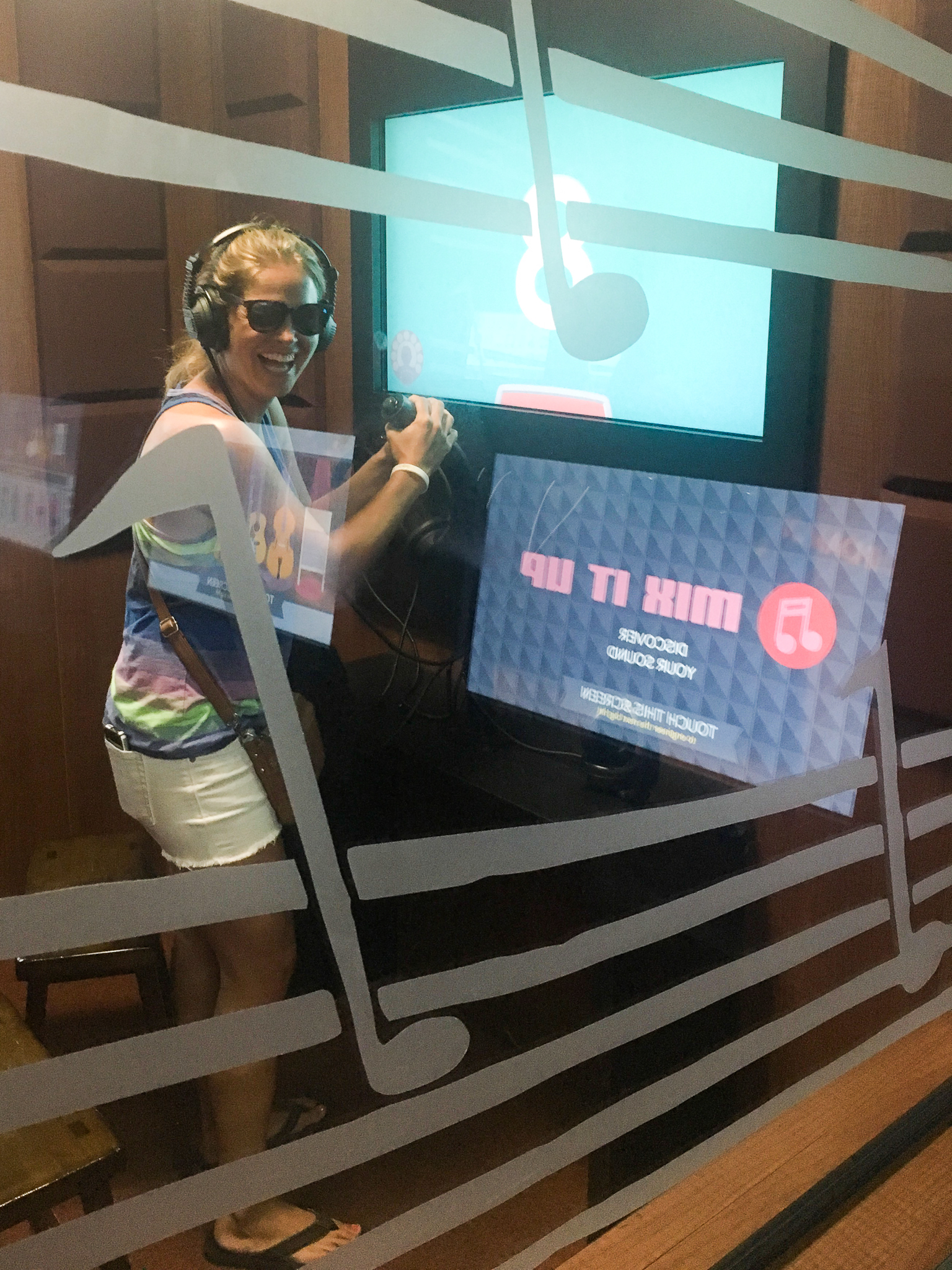 Sunglasses are necessary to be a country star.

5. Beaches and Bridge in the Low Country. Charleston was HOT. Our inclination was to stay close to the water, and luckily, there were plenty of places to do so. We hit up Folly Beach late afternoon on our first day, and then drove over to the Isle of Palm on Day Two. The waters of South Carolina are a stark contrast to the the water temps I experienced up in Maine a week prior. It felt like bathwater. But we didn’t hate it. Late afternoon rain also didn’t spoil our fun because we decided we needed to capitalize on our time and ride bikes over the Arthur Ravenel Jr. Bridge (his son is Thomas Ravenel…Southern Charm, anyone?). The mist hitting our faces was actually a welcomed alternative to the southern heat and humidity. We had amazing views of the city and of the little marina where we were resting our heads during our stay in Charleston. 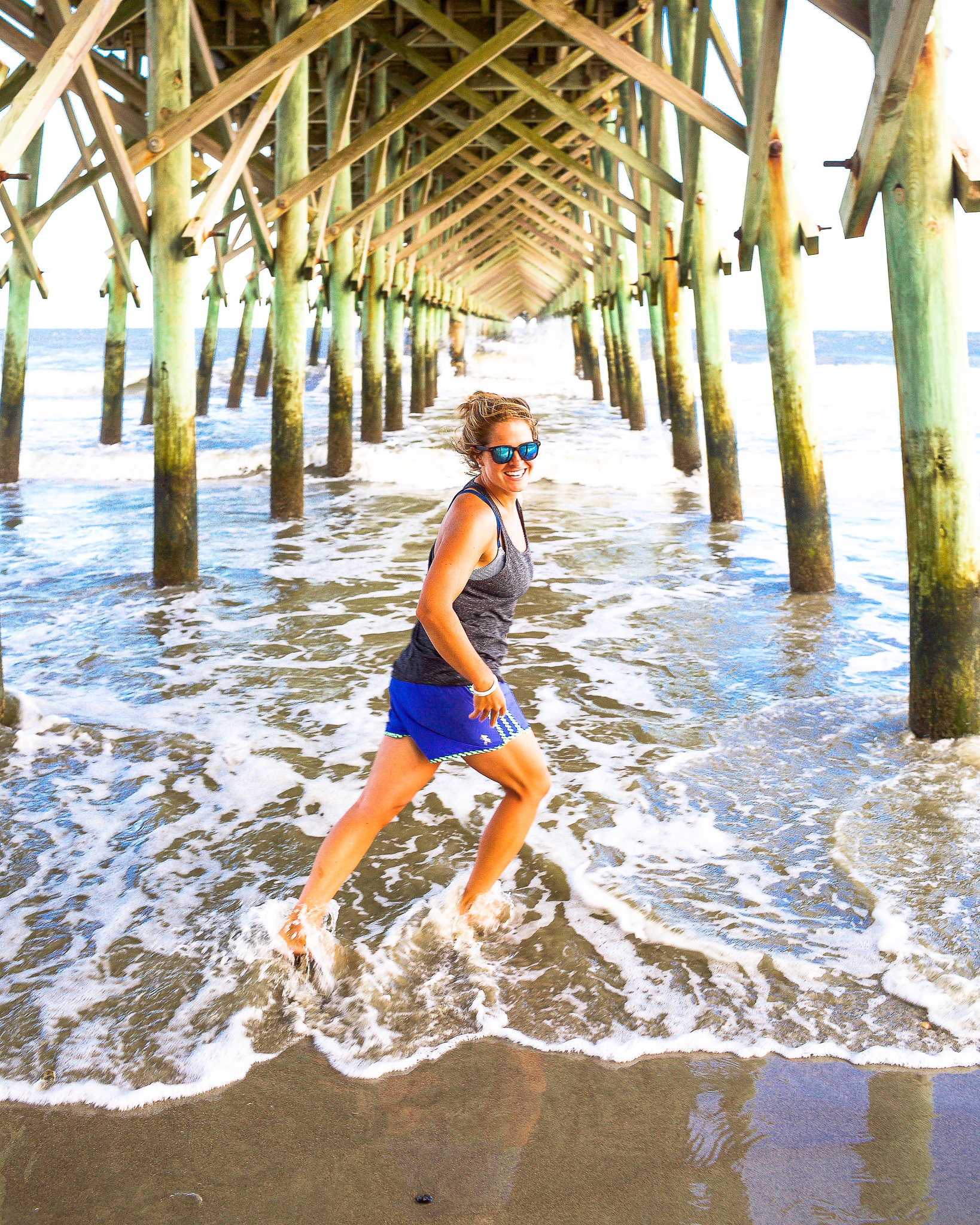 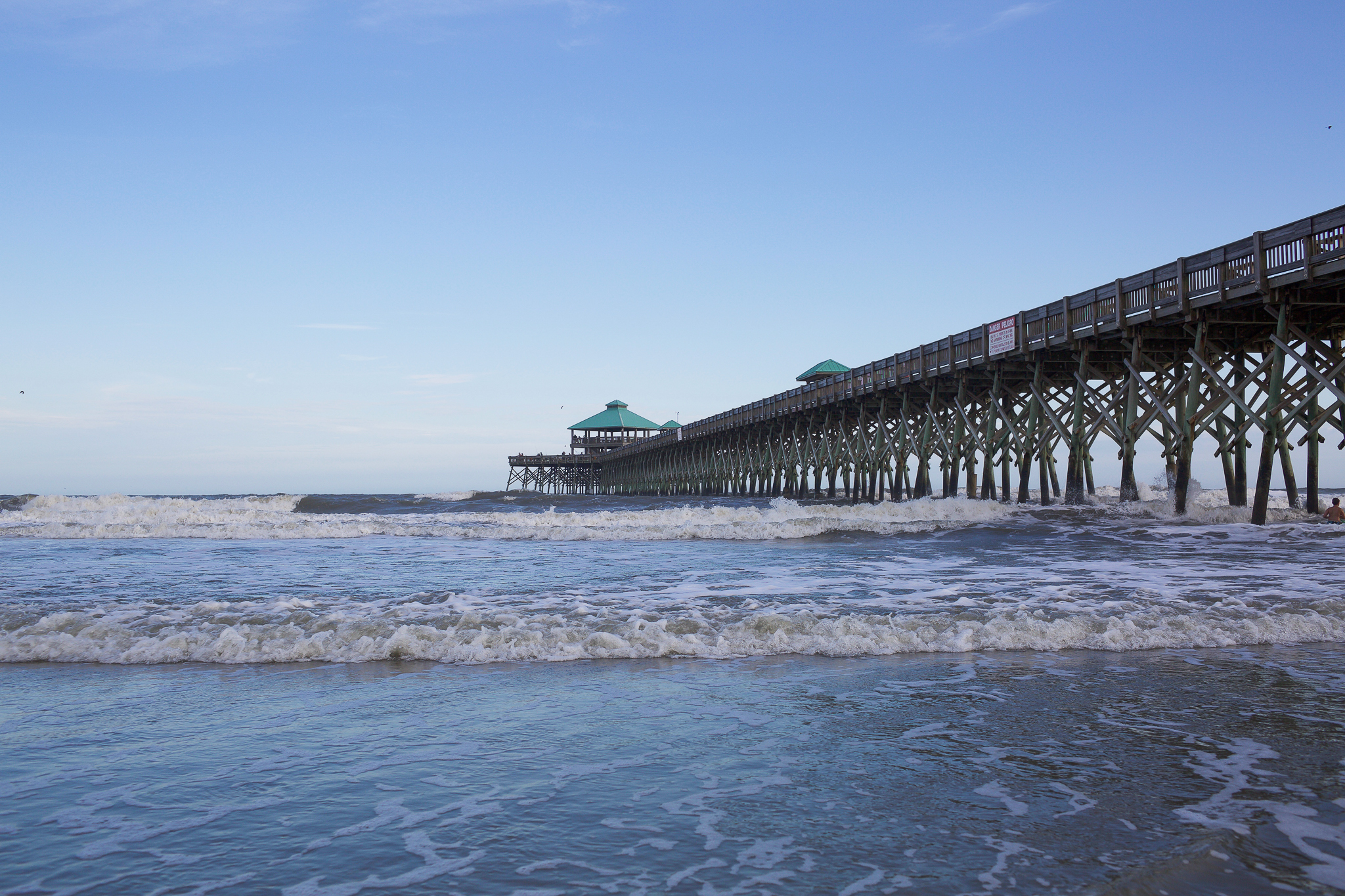 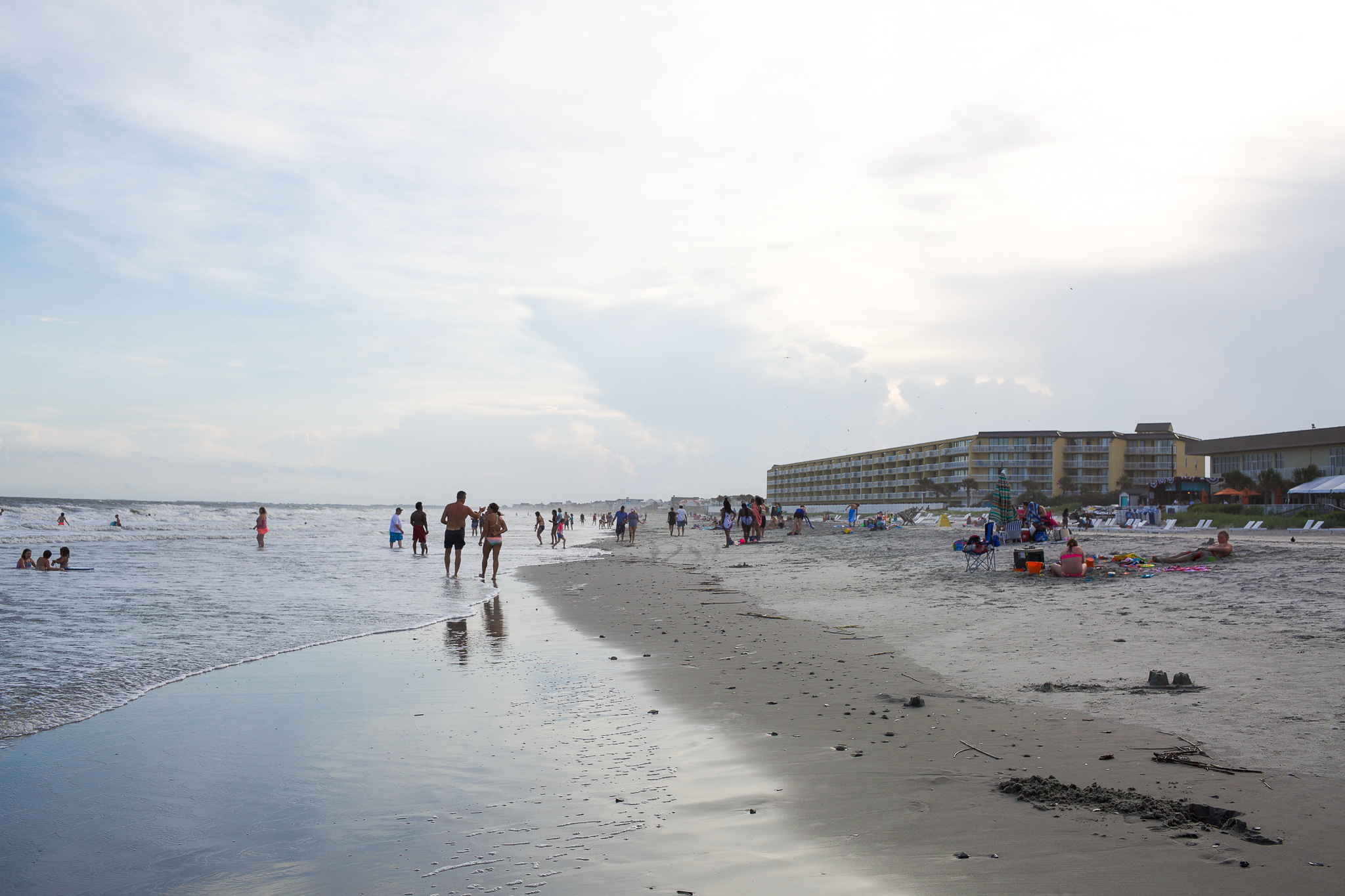 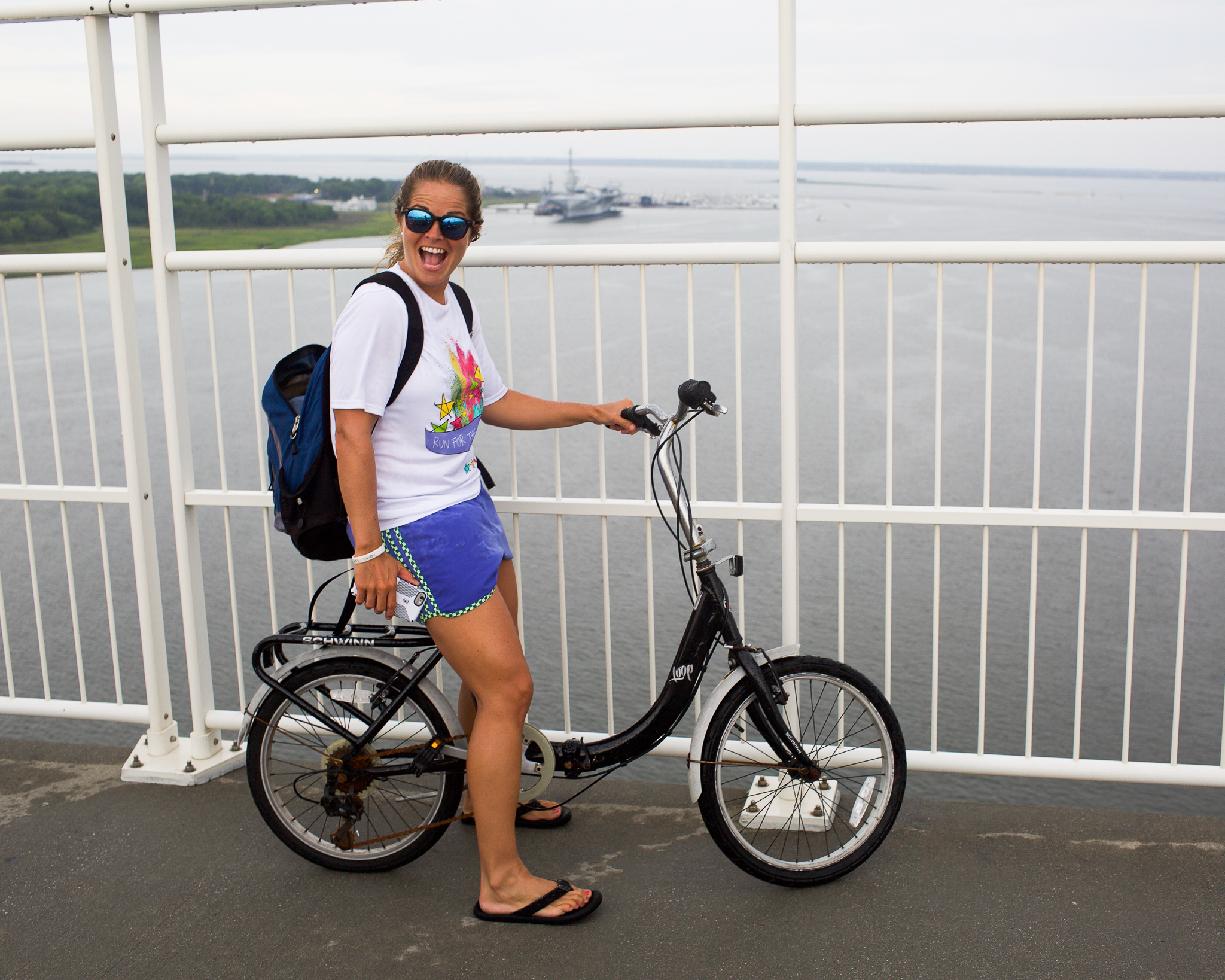 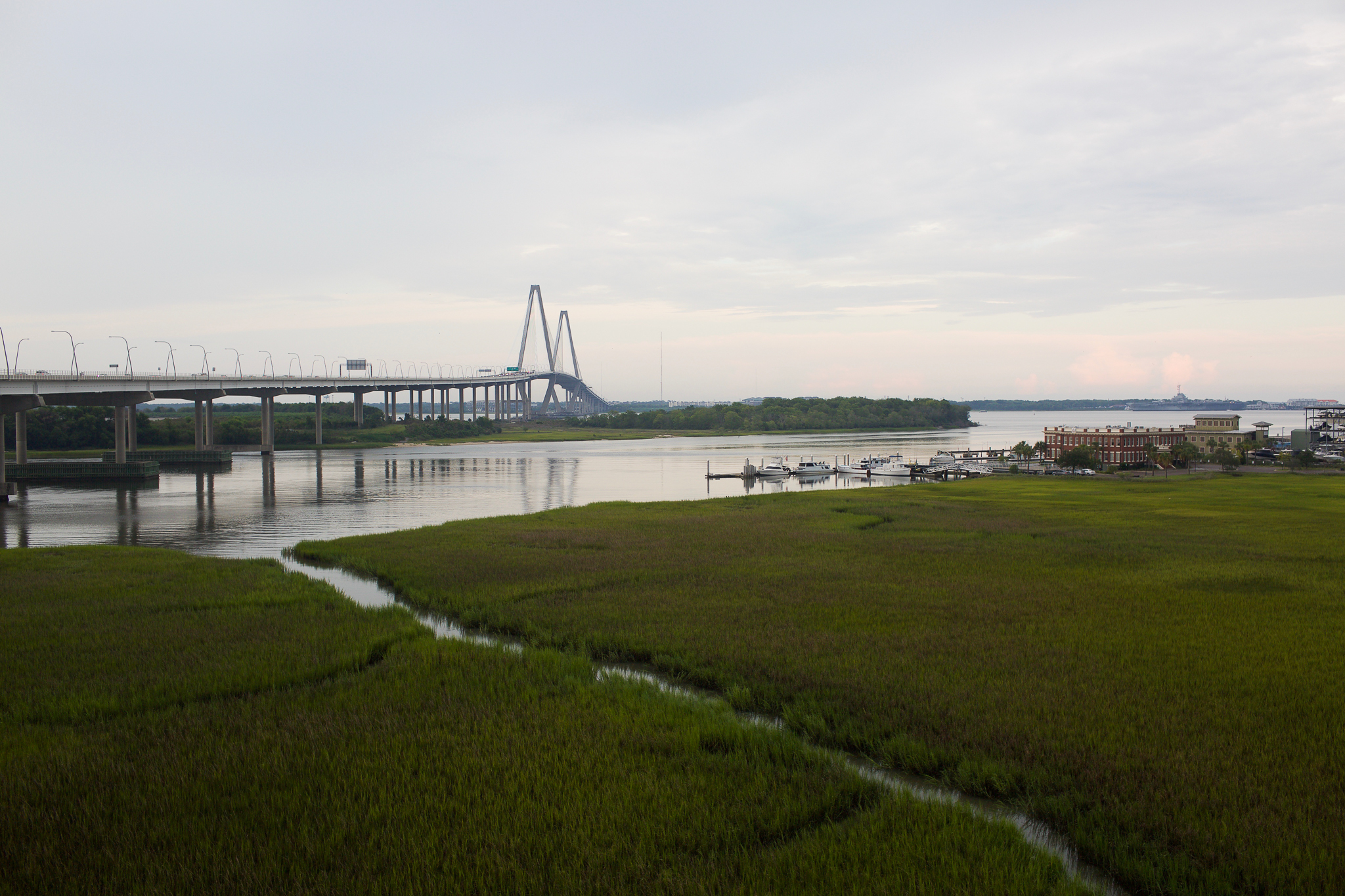 6. Concert in downtown Nashville. We saw Toby Keith on his first return to the Nashville stage in 13 years. People in ‘ville were excited about it (including our Lyft driver). Full disclosure: we could really care less about Toby. Buuuut, the Ascend Amphitheater is a really cool venue overlooking downtown. And, as luck would have it, we got approached for a seat upgrade. Part way through the show, we ended up in the pit. We didn’t hate it. 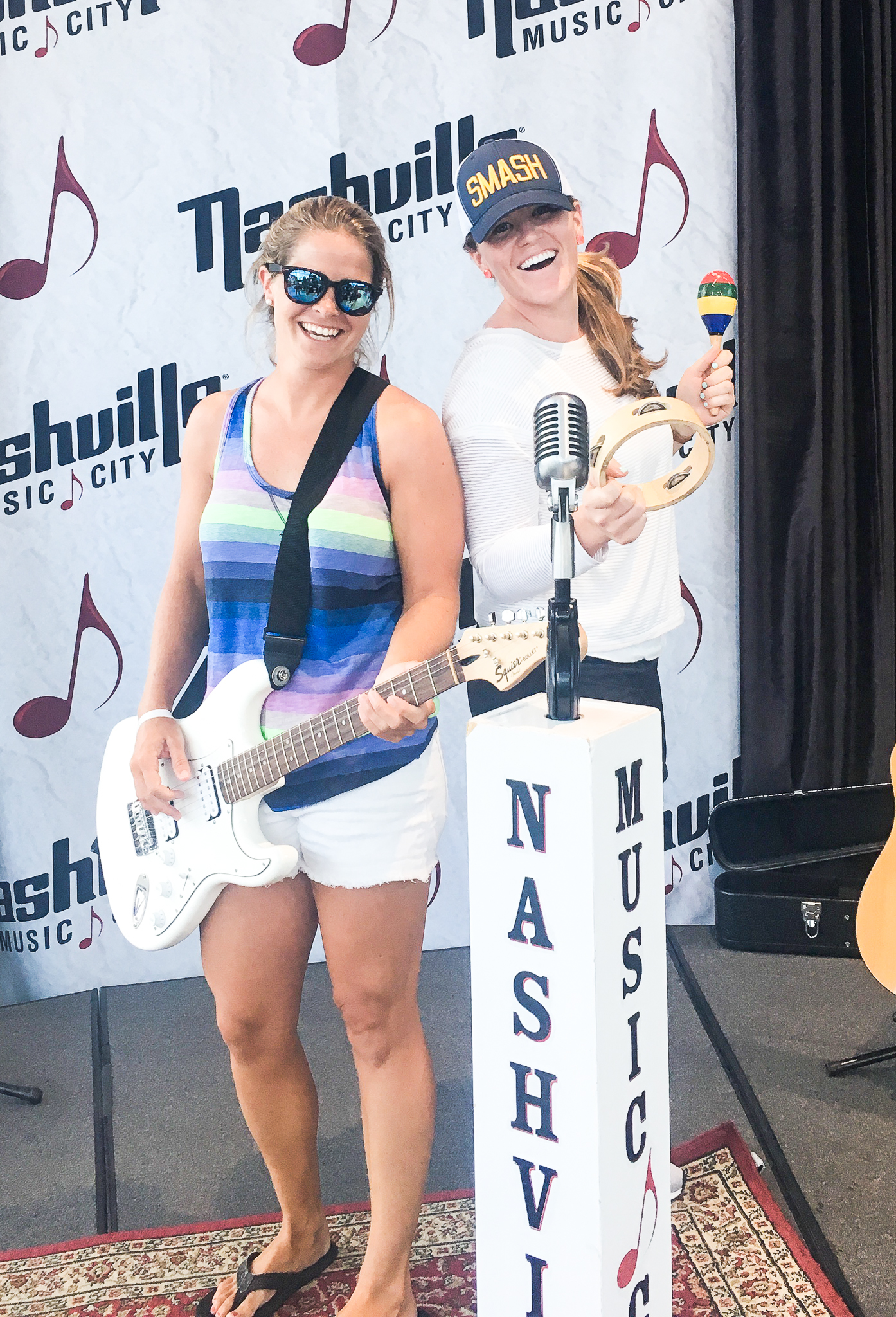 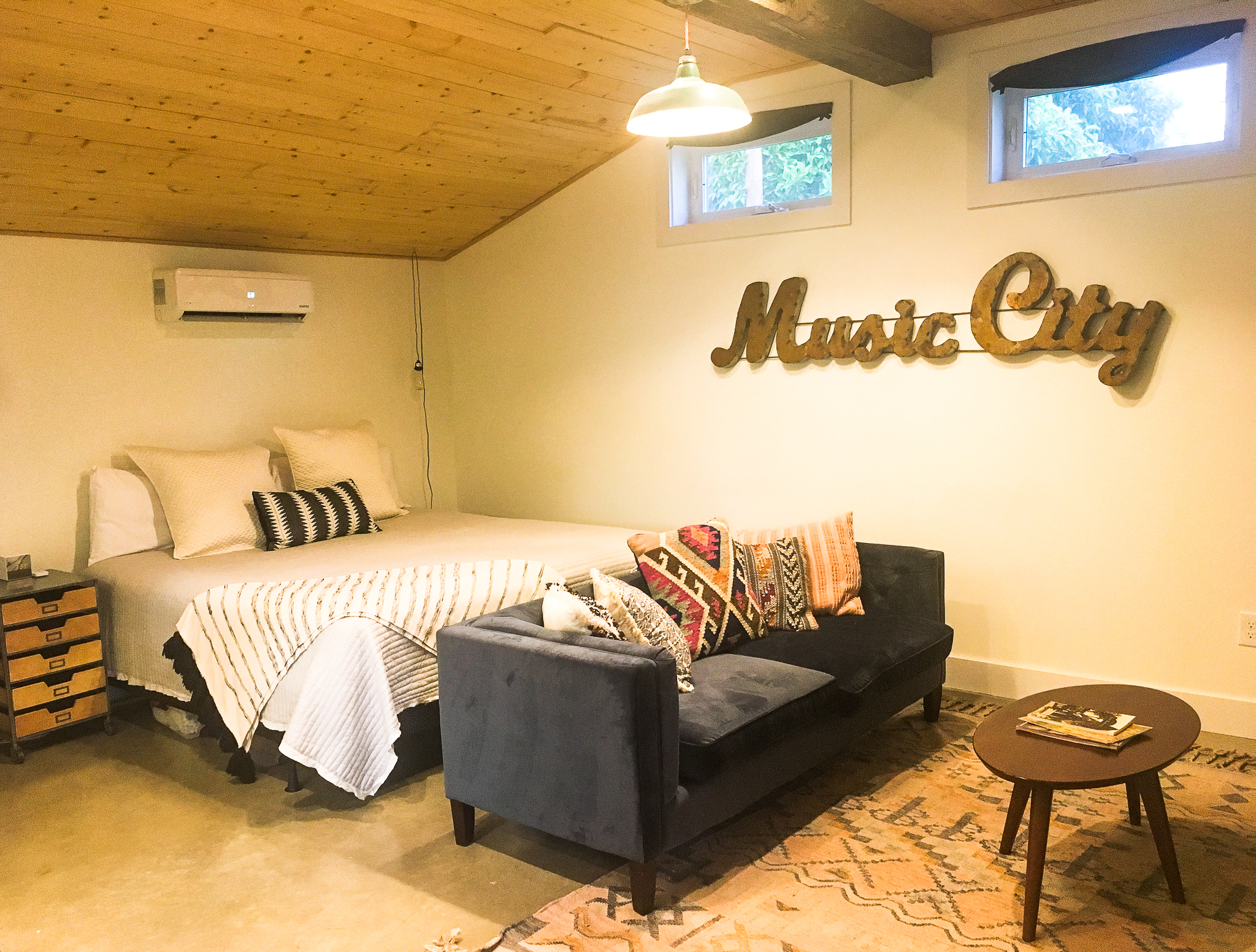 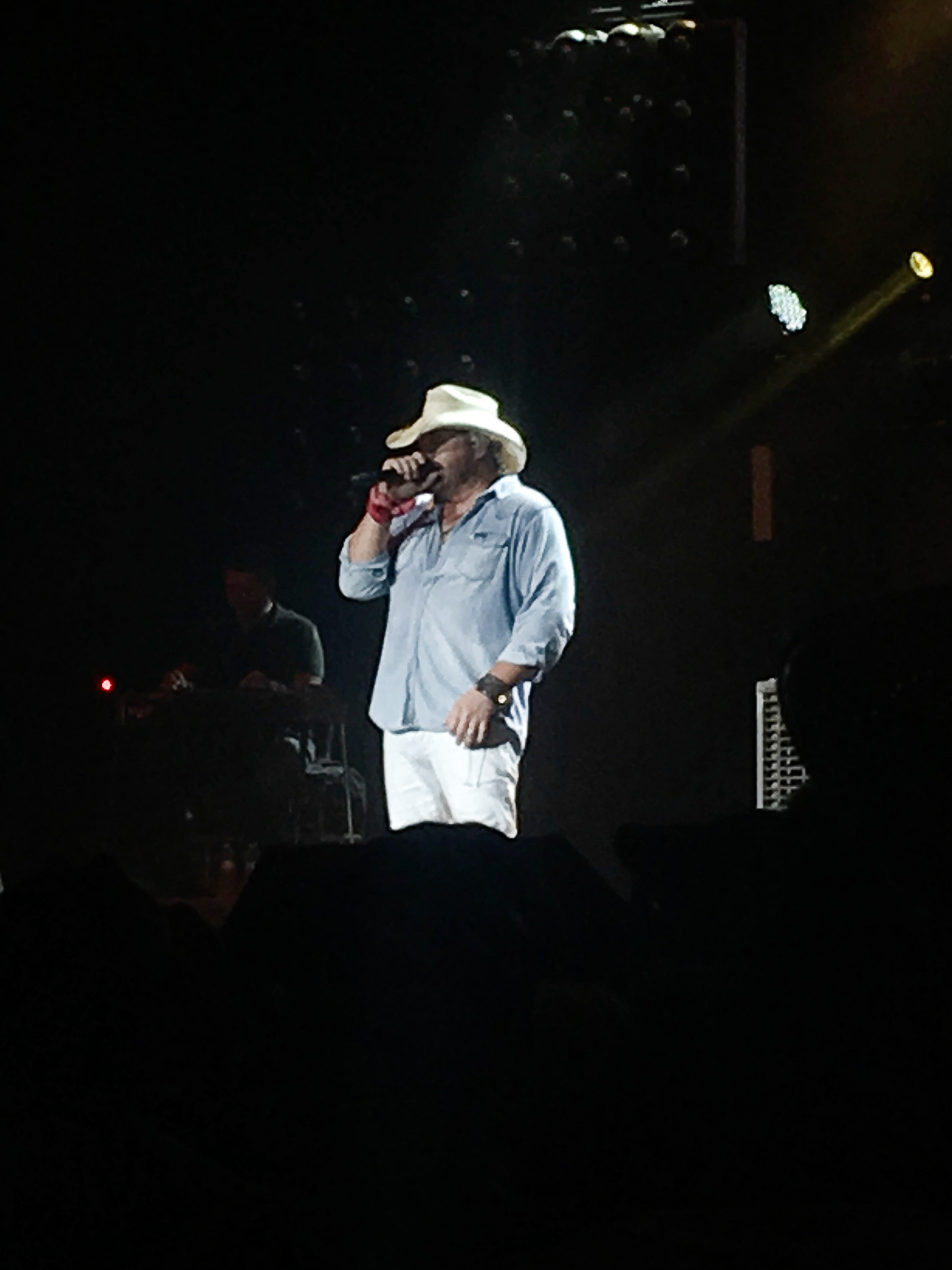 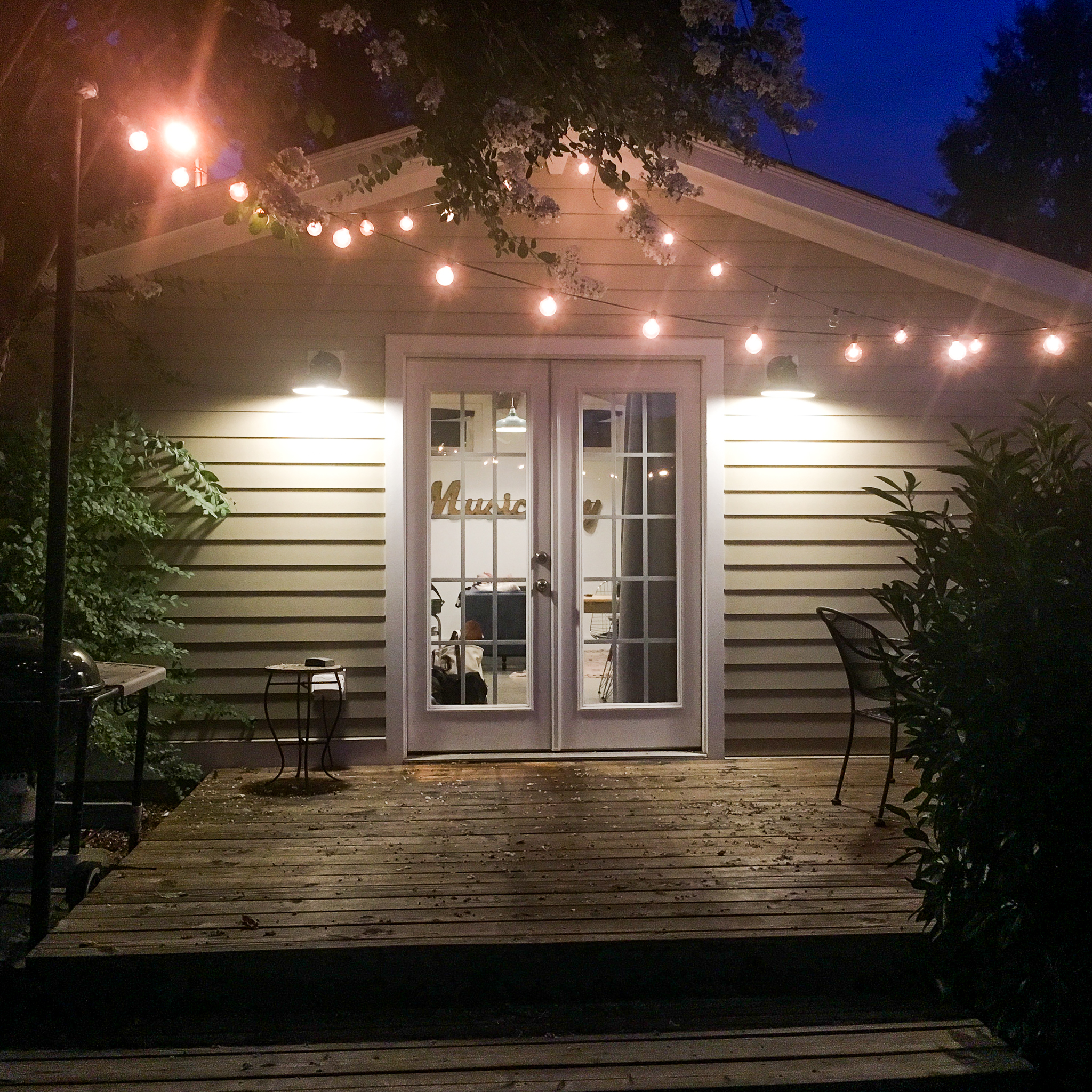 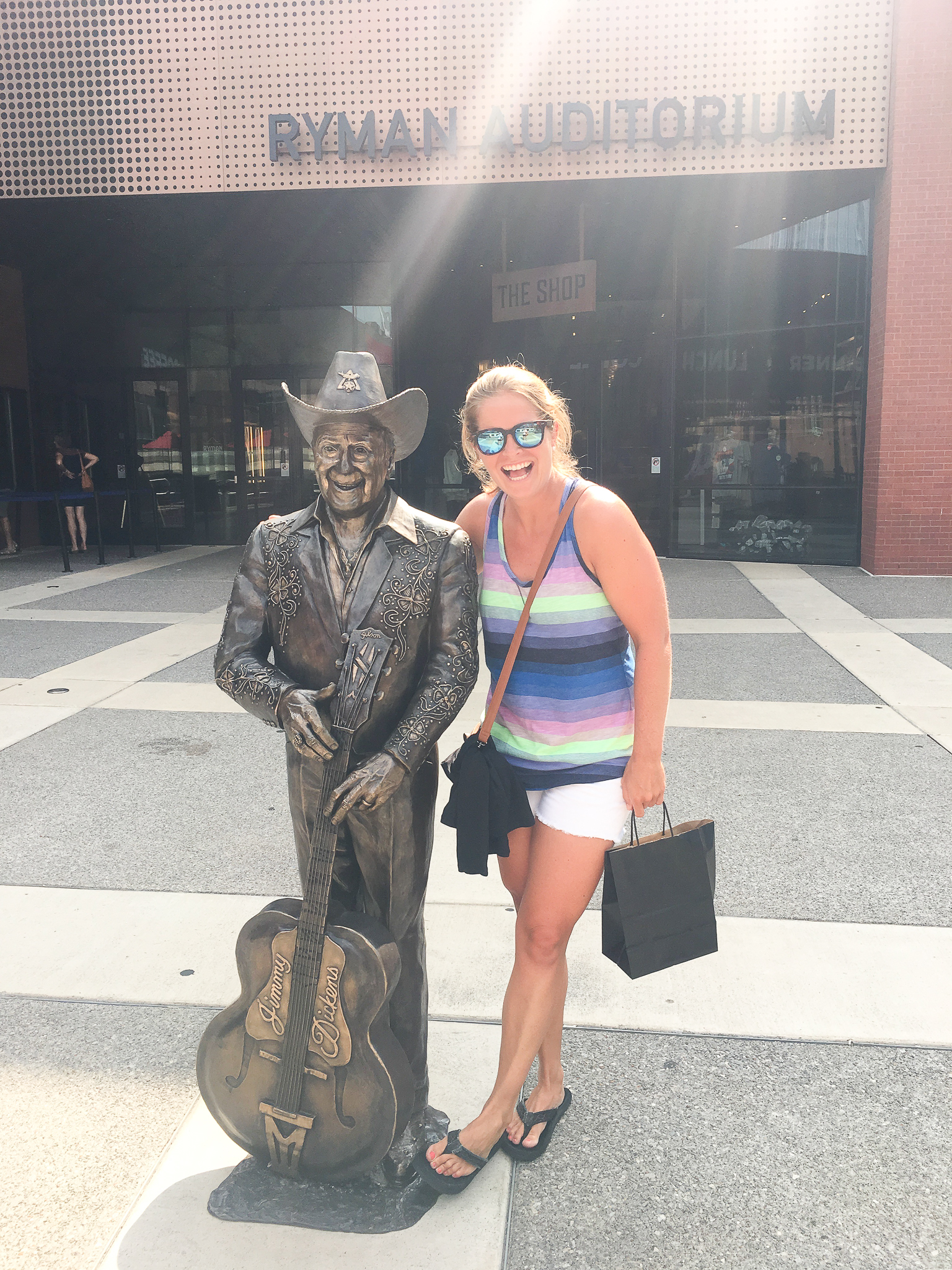 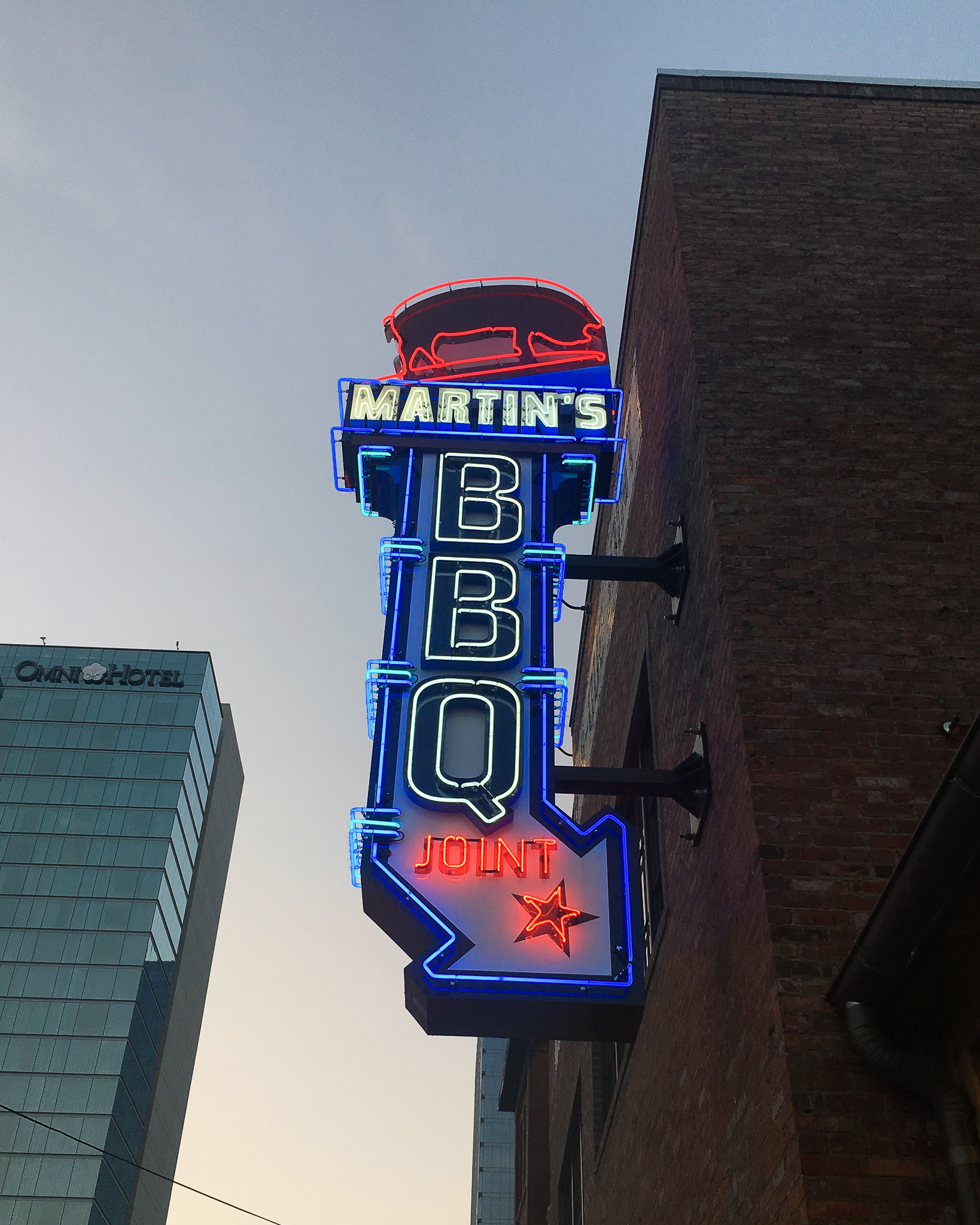 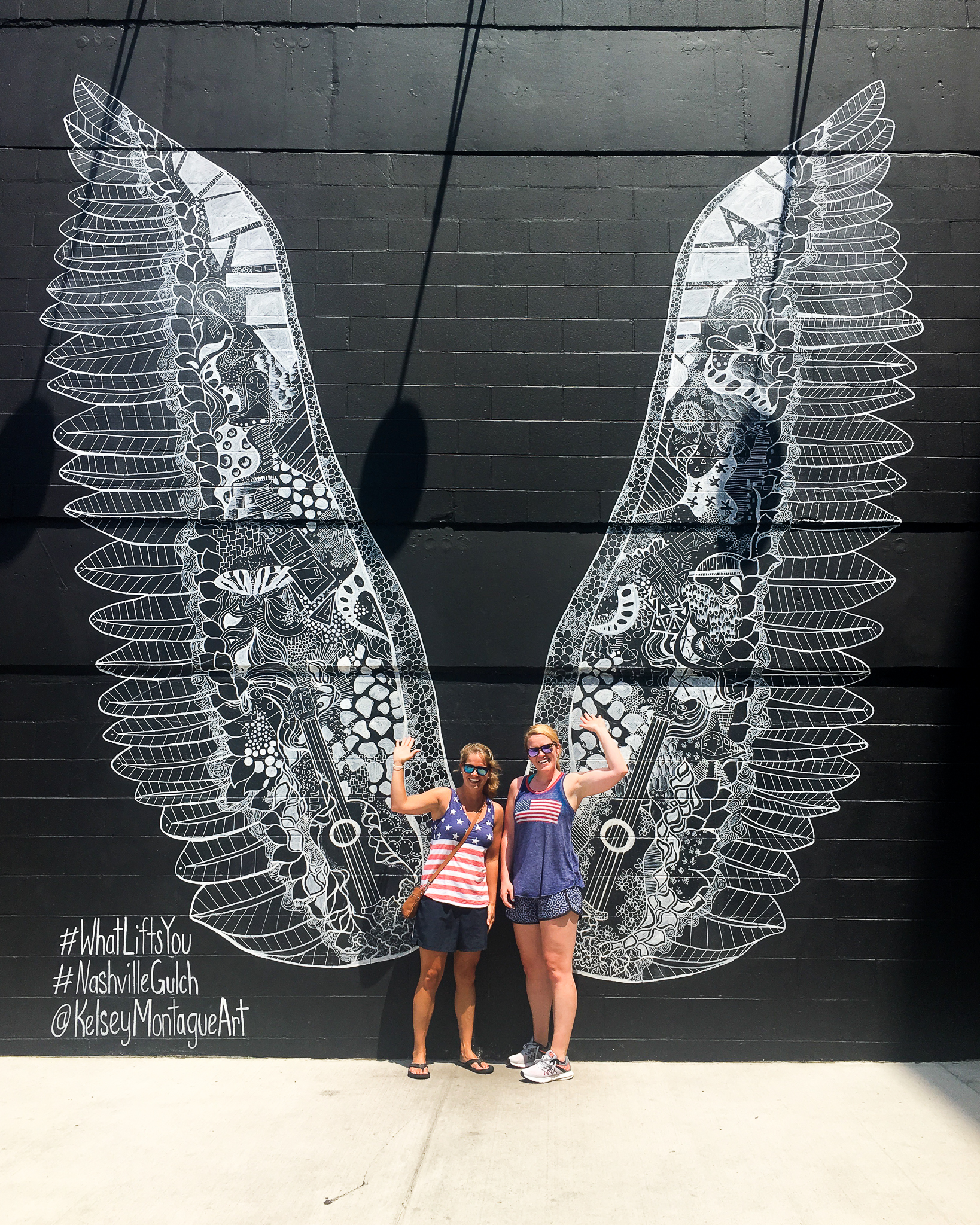 7. Witnessing debauchery on Broadway in Nashville. No, we did not participate in it. Eight o’clock on the top floor of Tootsie’s Famous Orchid Lounge looked more like 2am in most bars. Luckily, Erin and I were more entertained than annoyed. We interacted with a lot of bachelorette parties during our time in Nashville, but none were more memorable than the girl who came up to us, high-fived us several times, wanted to chat, and then nearly immediately turned to find a garbage can… We were more than pleased with the near miss, decided not to push our luck, and leave. On our way out, the same girl was pushed ahead of us by her friend in an effort to reach the bathroom before disaster struck. Well, the over served girl fell down a flight of stairs right in front of the bouncer and Nashville cop. Instead of being embarrassed, she hopped up to her feet when she slowed down, threw her hands in the air, and yelled, “nailed it!”

8. Wandering residential streets of Charleston. We were in awe of the southern architecture, the history, the landscapes. We set out with no plan other than to wander, and our wandering brought us away from busy King Street and down some beautiful, tree-covered, cobblestone streets with so much charm and character. I was hoping to stumble into some Southern Charm cast members (see a theme here?) …no luck. 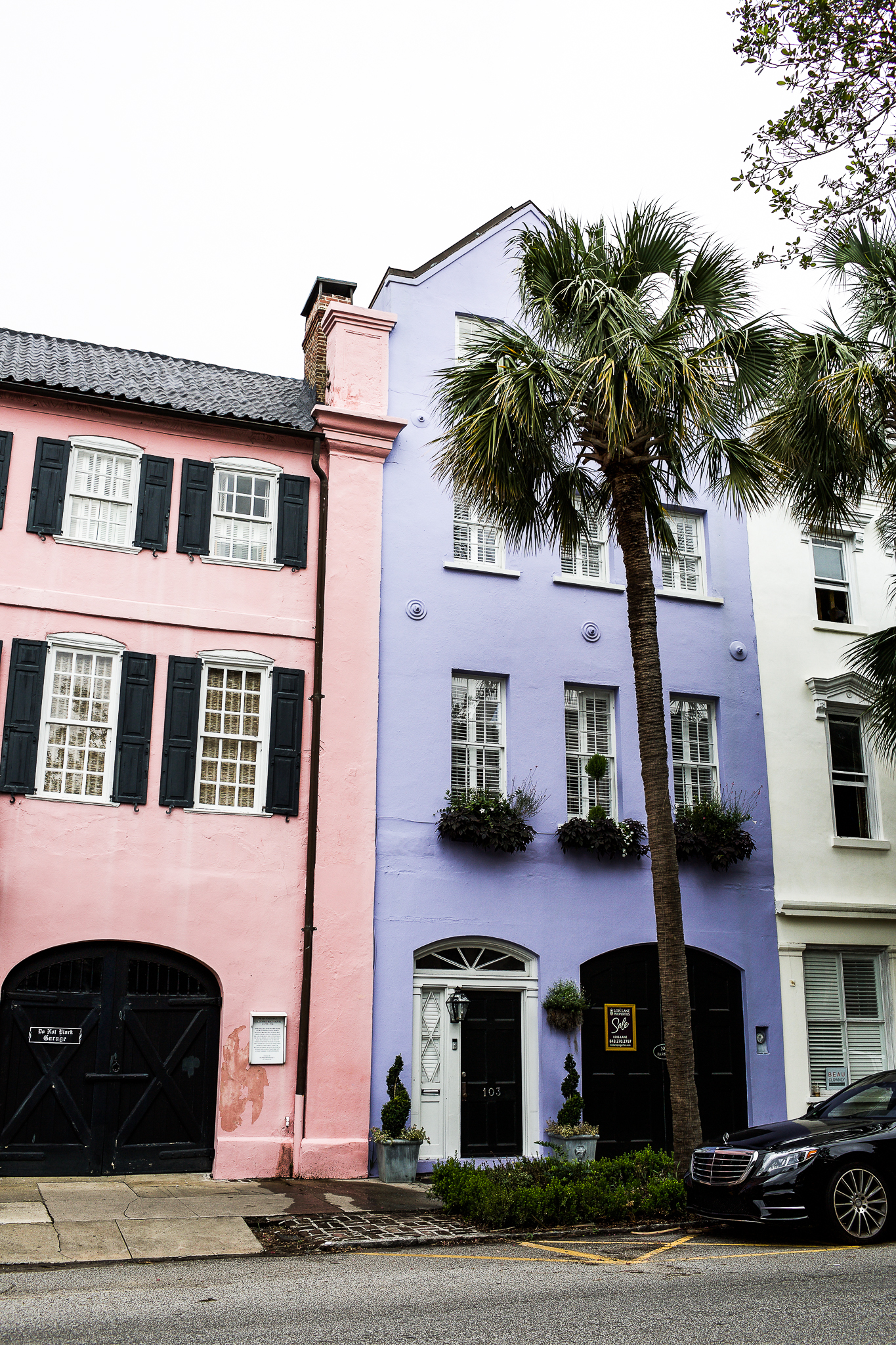 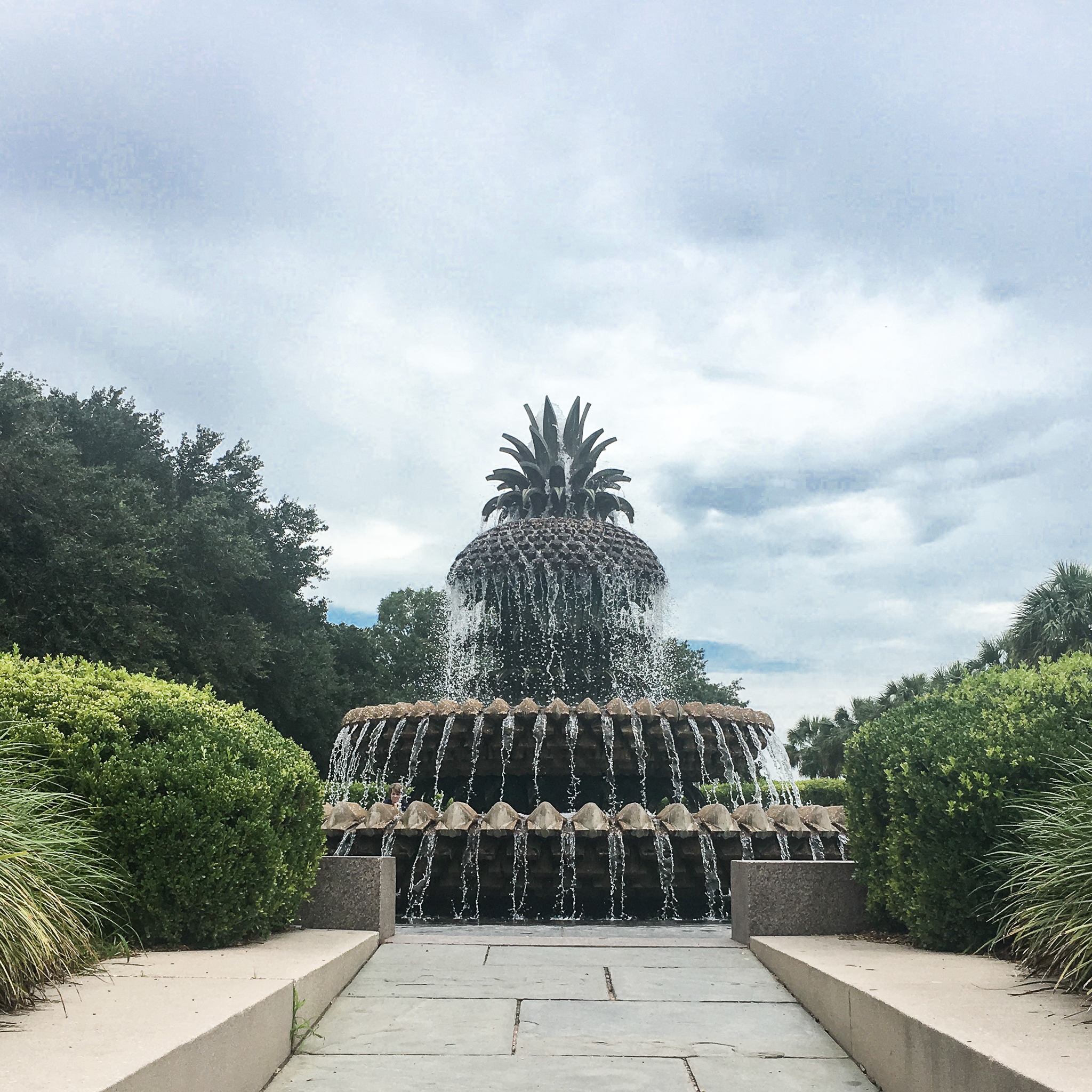 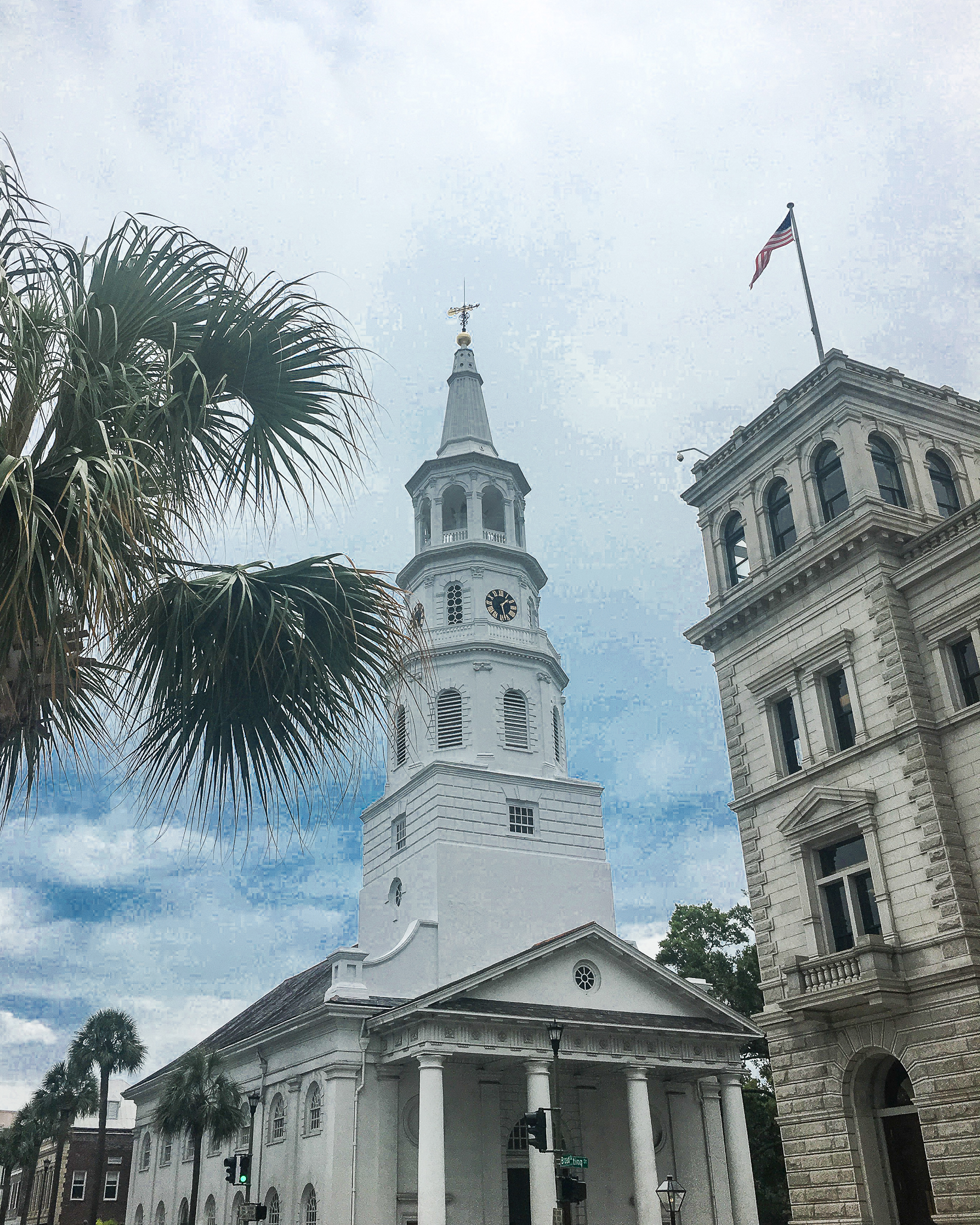 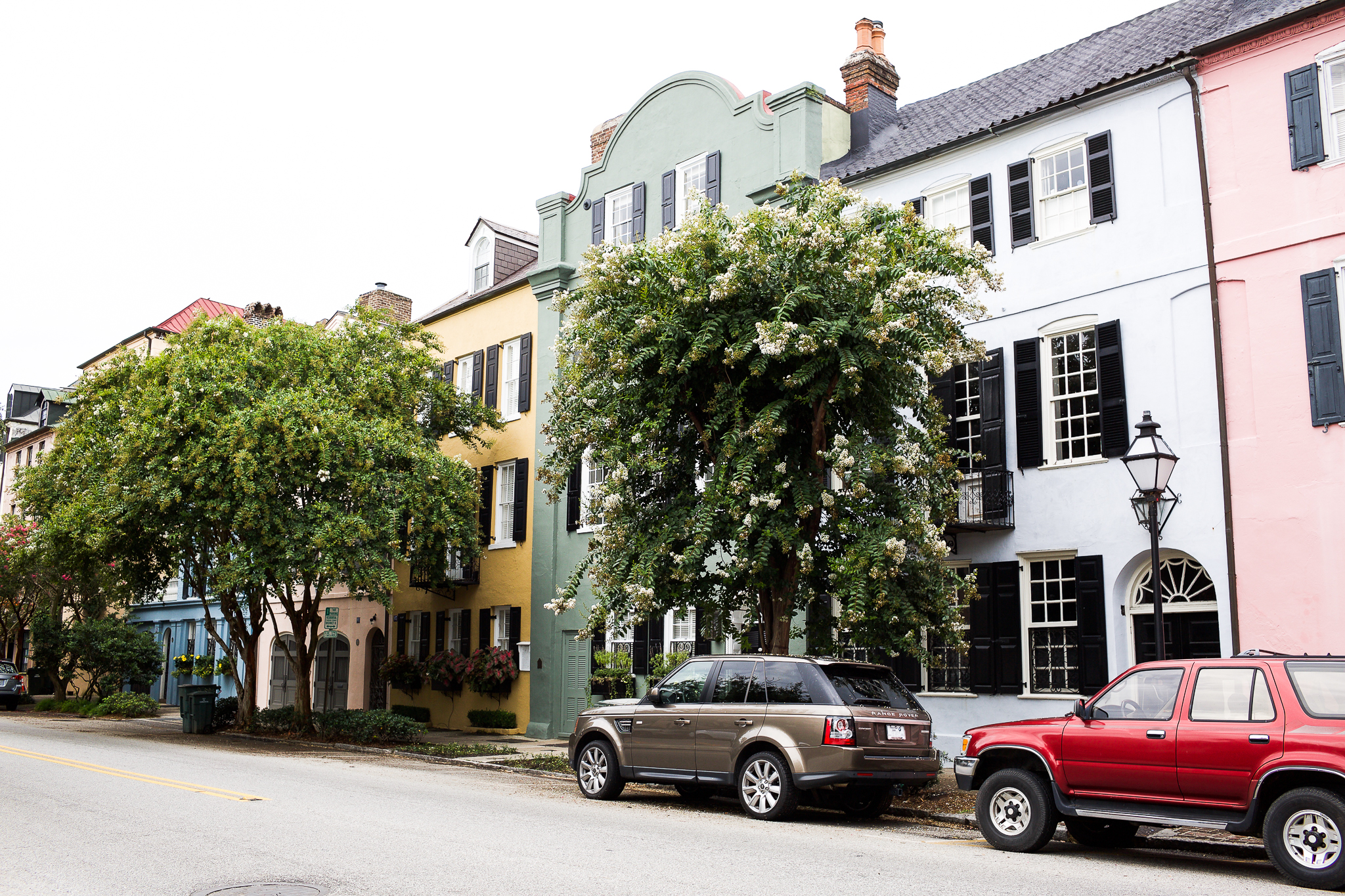 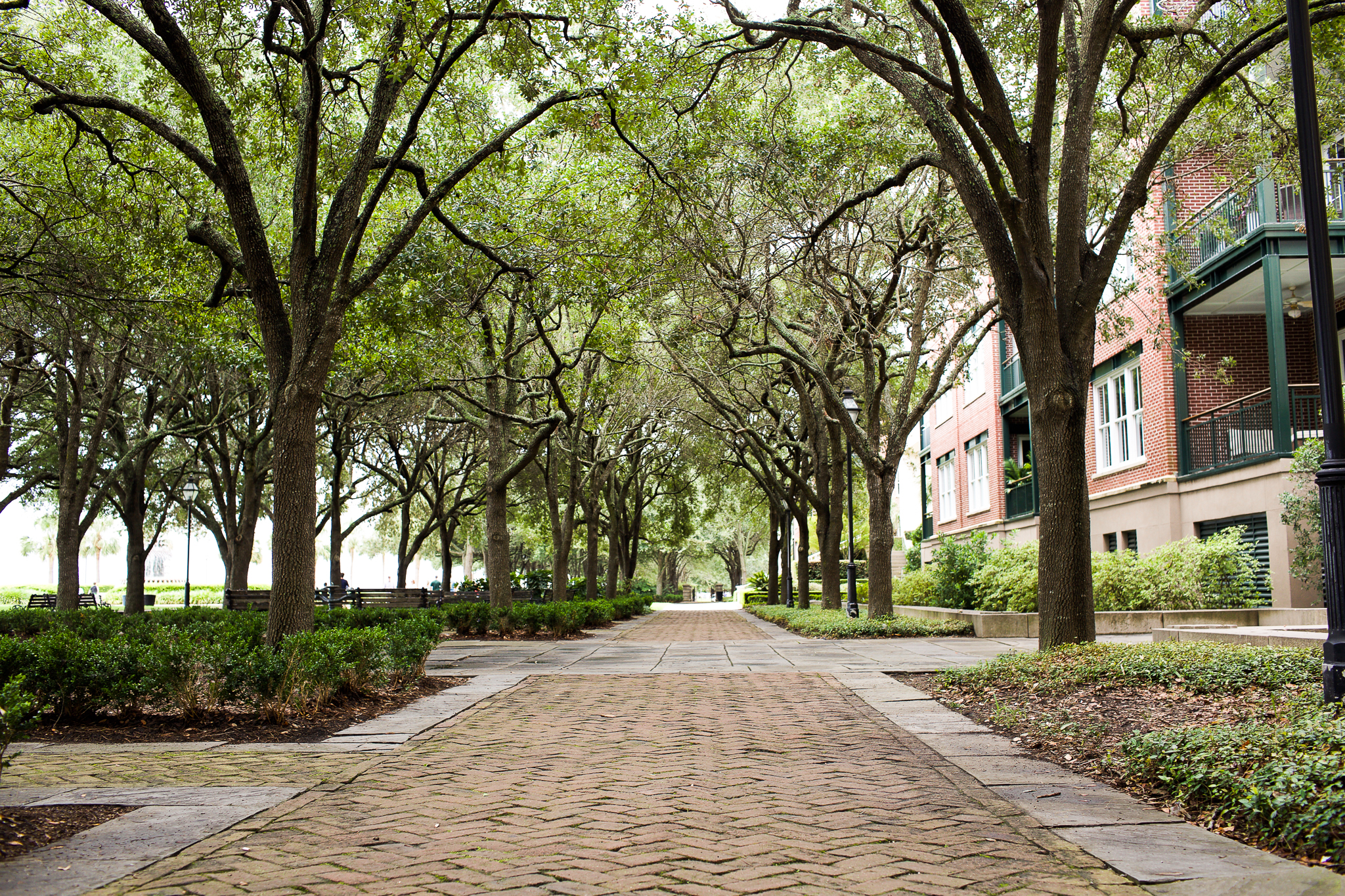 9. Top Golf in ATL. Driving range, food, alcohol, a comfortable bay to hang out in…what more could we want?! 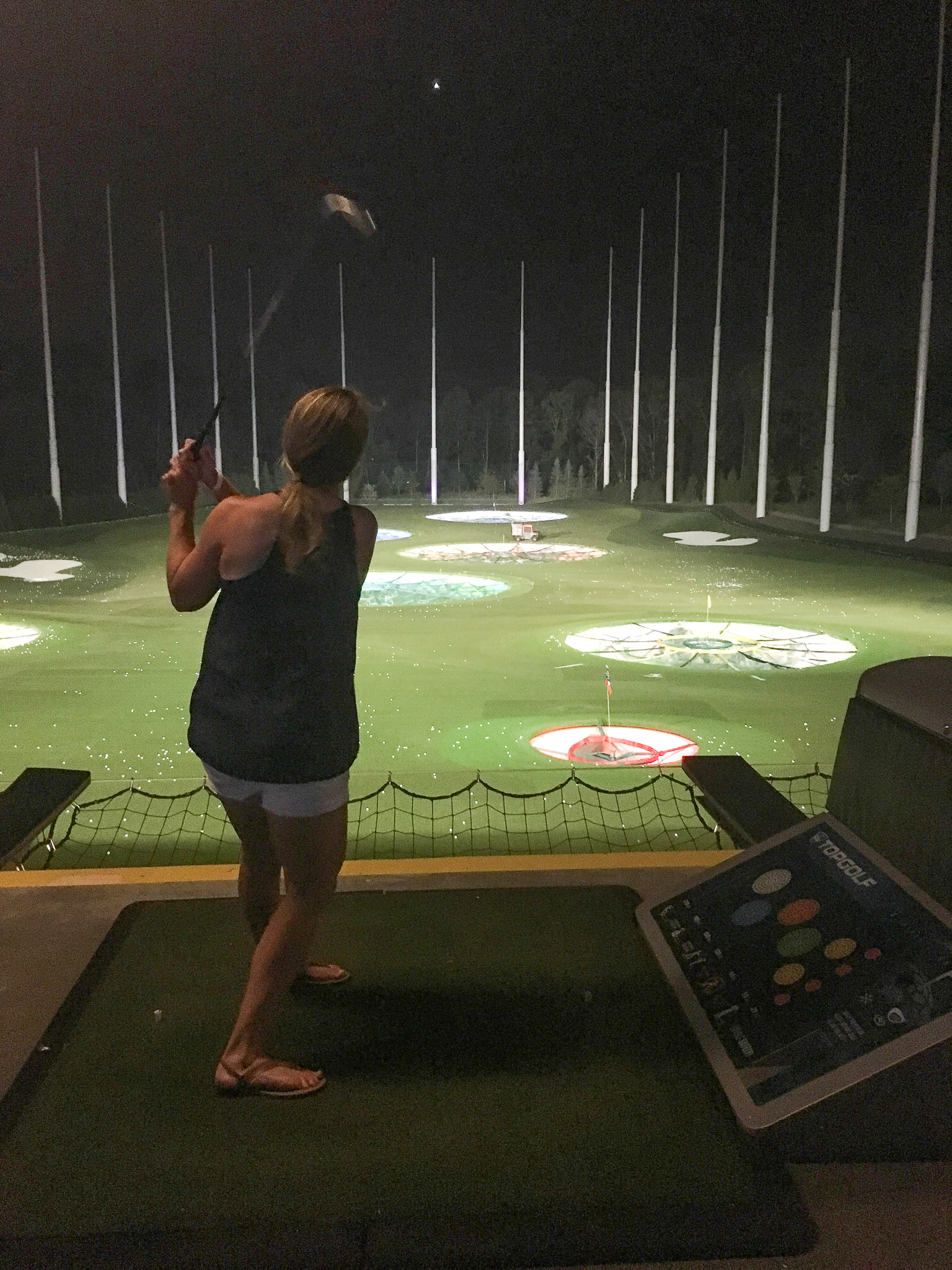 10. Living on a boat for three days. While wandering the streets of Nashville, we knew we had to think ahead and figure out where we were going to stay while visiting Charleston in a few days. As we surfed Airbnb, we came across an unique listing: rent a vintage yacht circa 1947. With spontaneity still flowing through our veins after the fourteen hour drive the day before, we booked it. YOLO. The boat offered incredible views of the Arthur Ravenel Jr. Bridge (I even had a dolphin sighting! – second picture below) and an incredibly loud air conditioner. 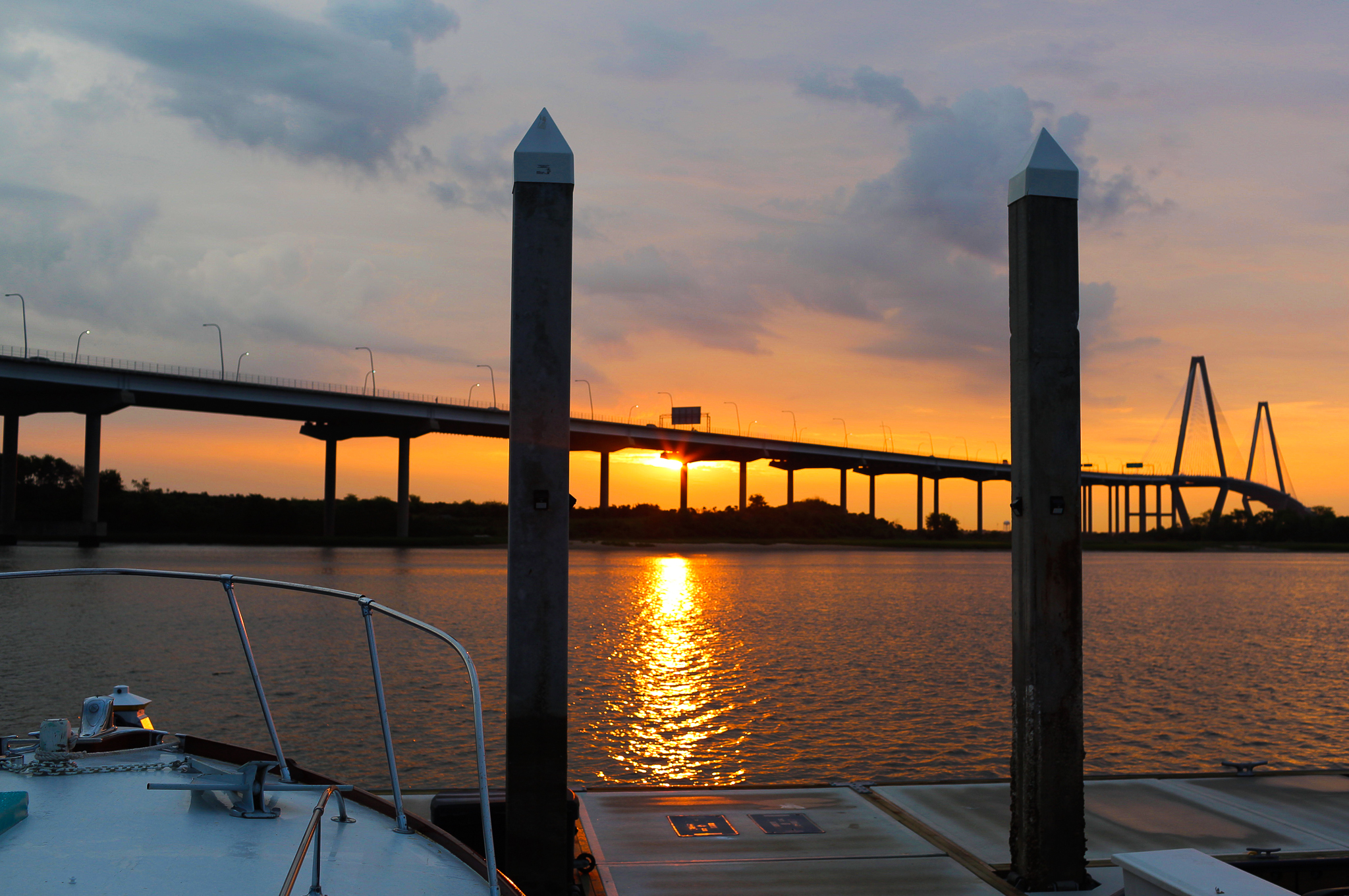 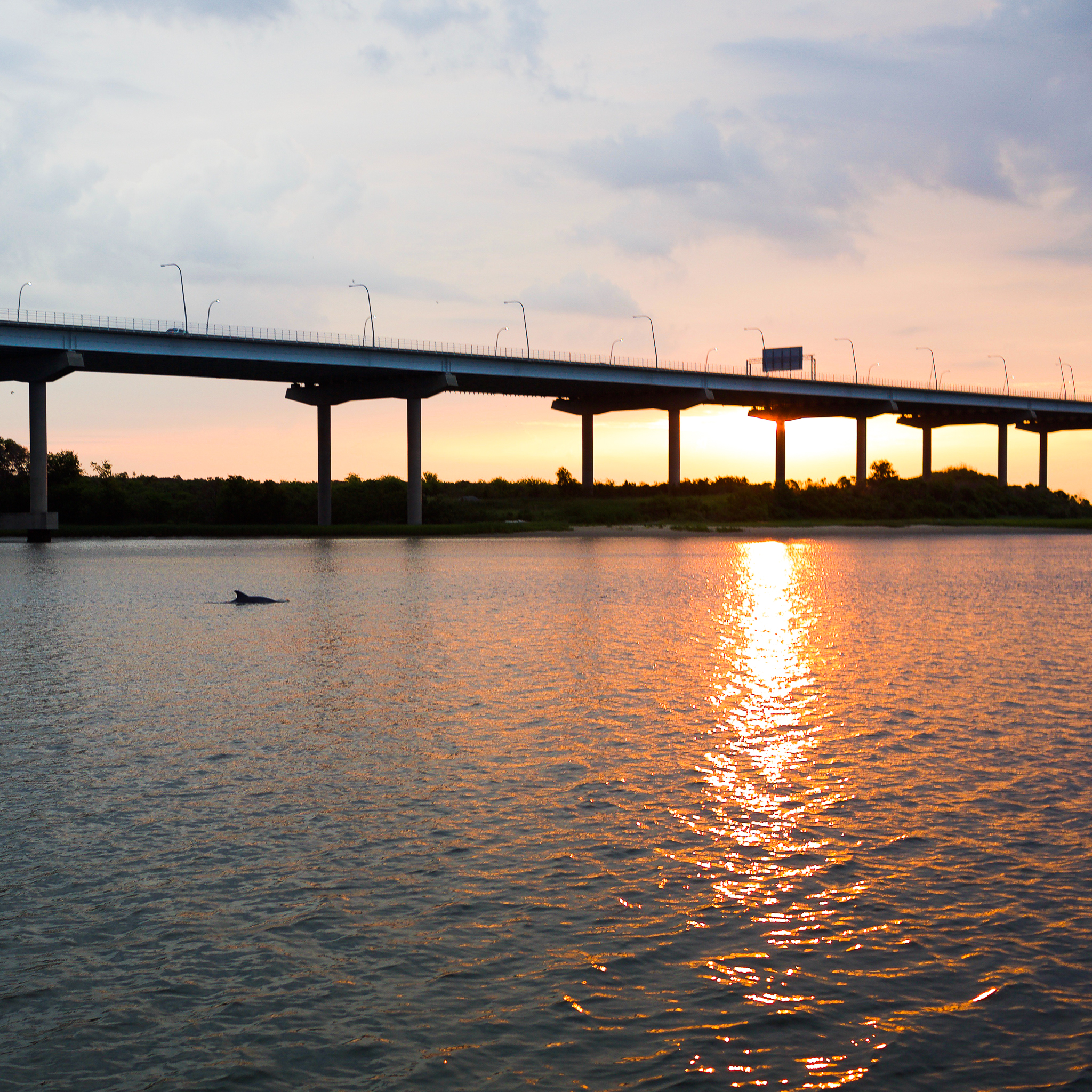 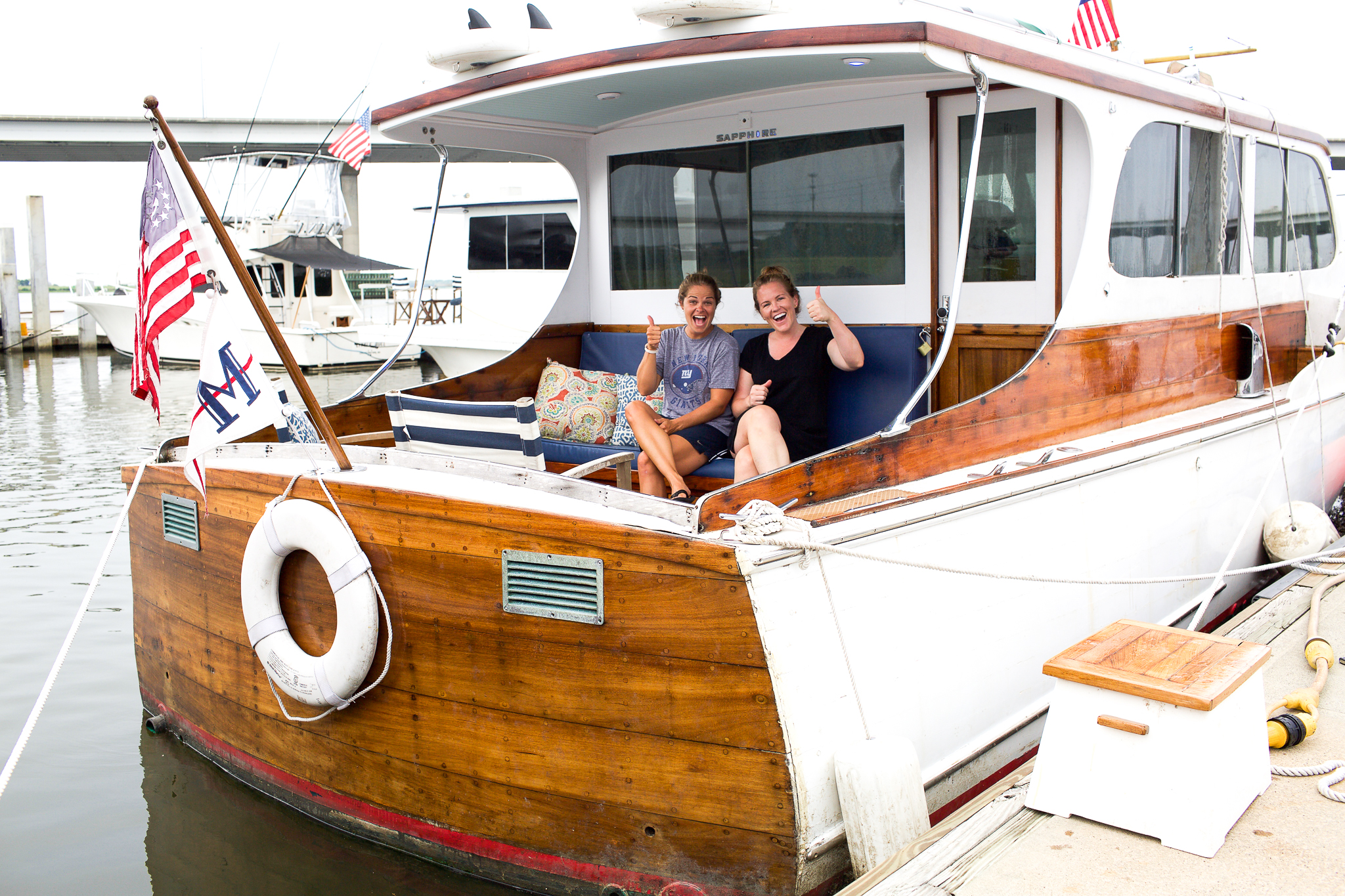 11. (and this one should really be higher but we made our list on our drive to DC) Staying with Shannon, Panos, James, and George. The lovely Voulgaris family opened up their home on Episcopal High School’s campus up to us on our final night of the road trip. We laughed, played, ate, and explored. I can’t think of a better way to cap off our trip. Running through the sprinklers on the ridiculously well-manicured playing fields and walking around the Tidal Basin while visiting Thomas Jefferson, FDR, and MLK Jr were definitely trip highlights. 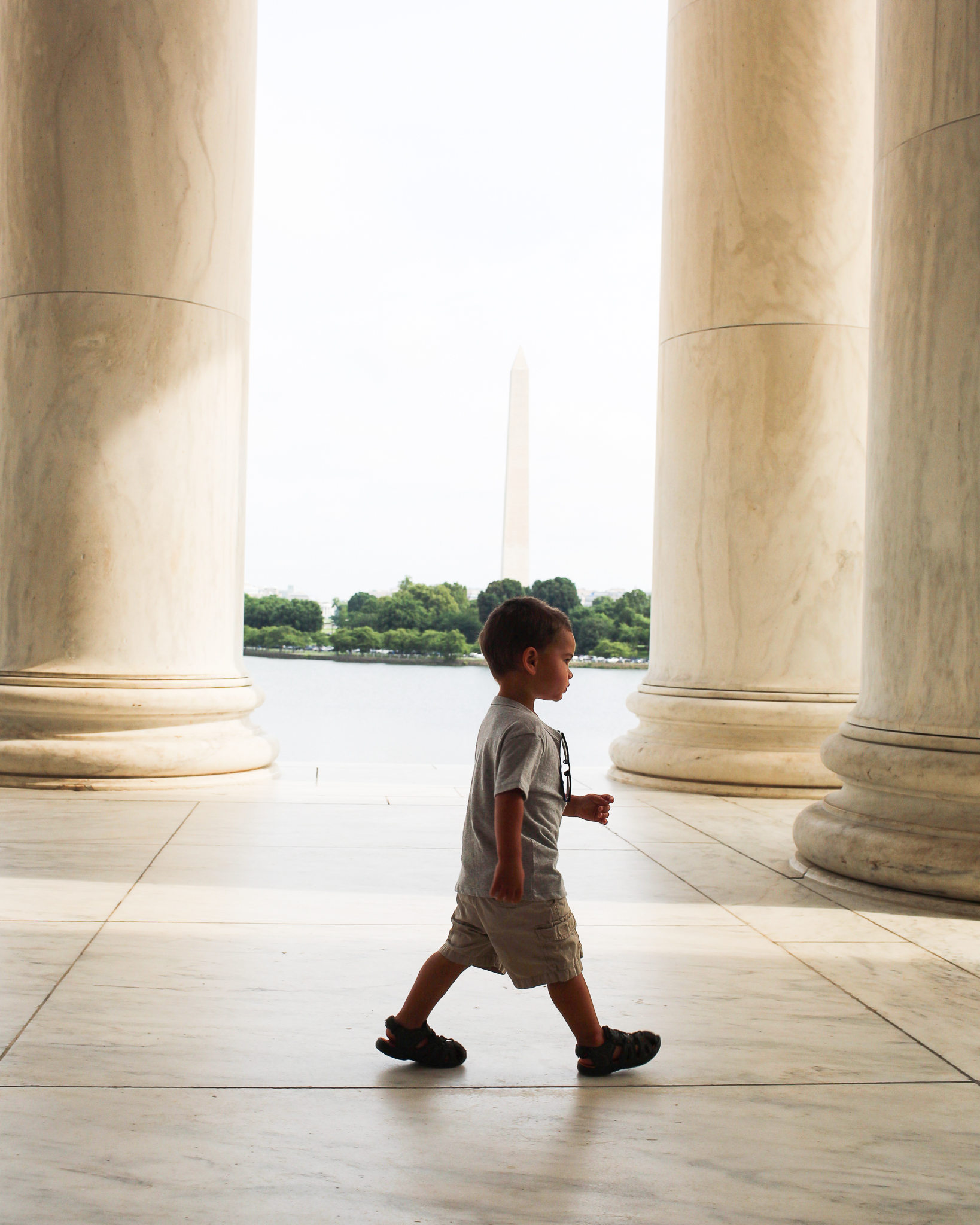 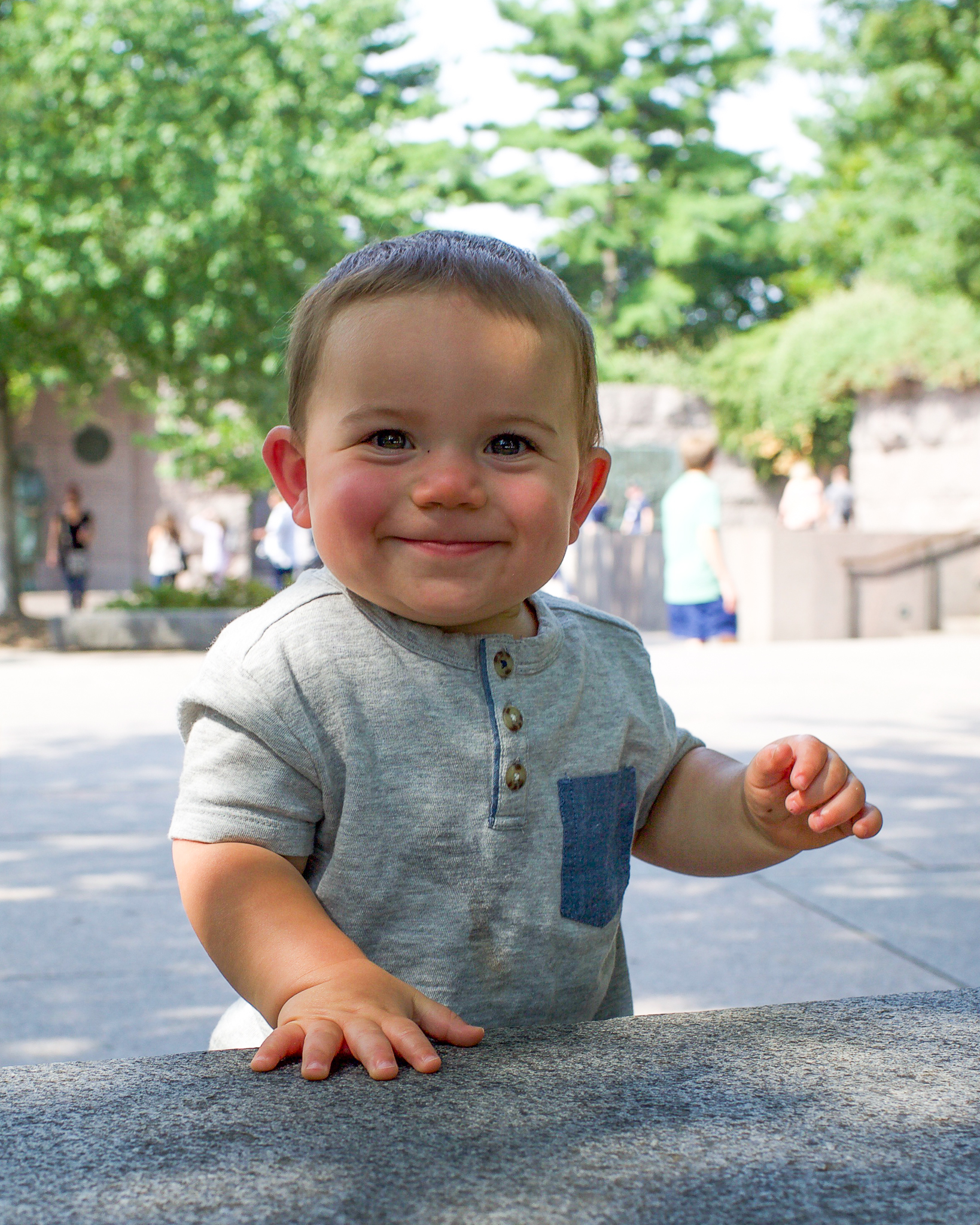 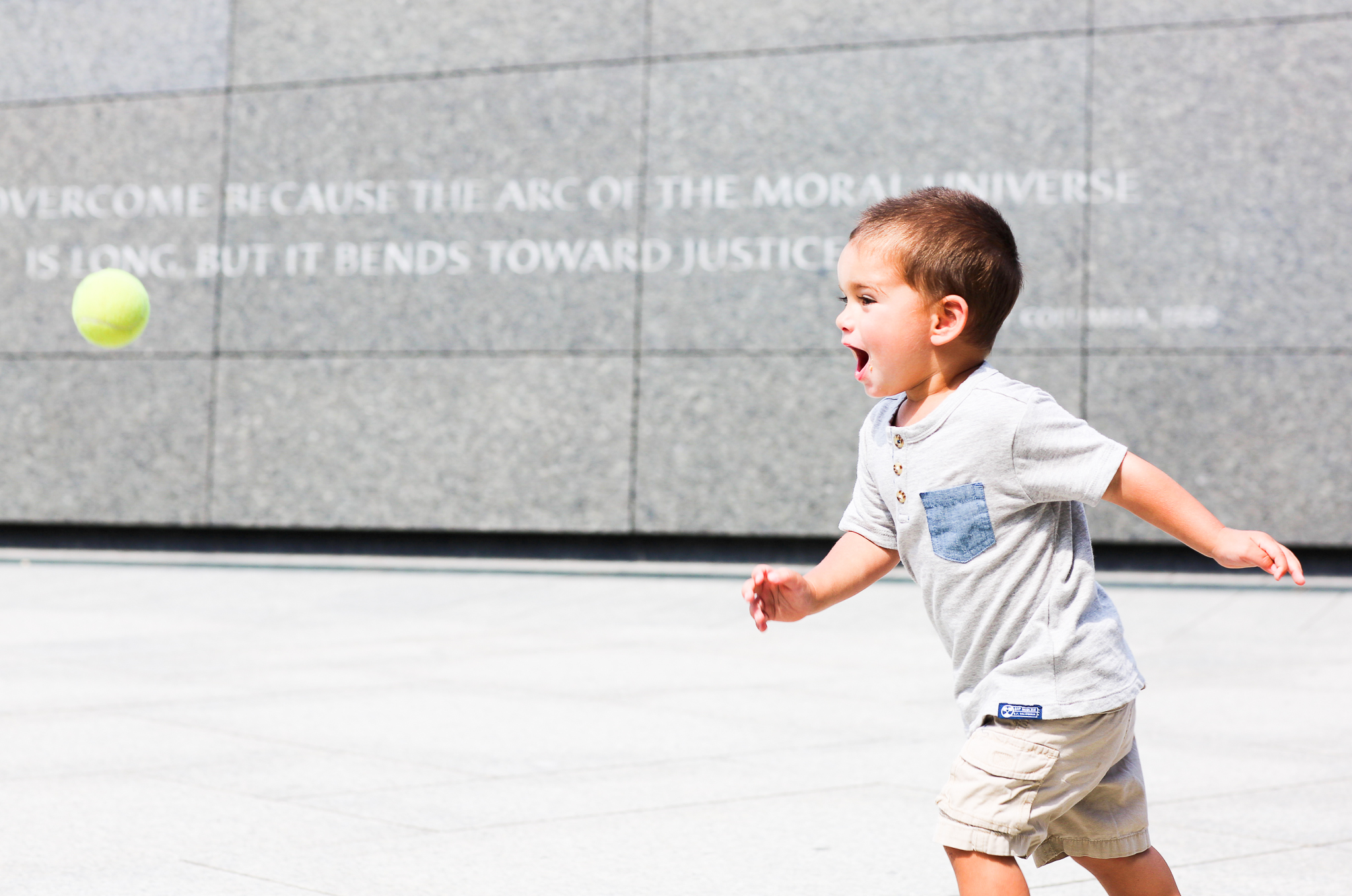 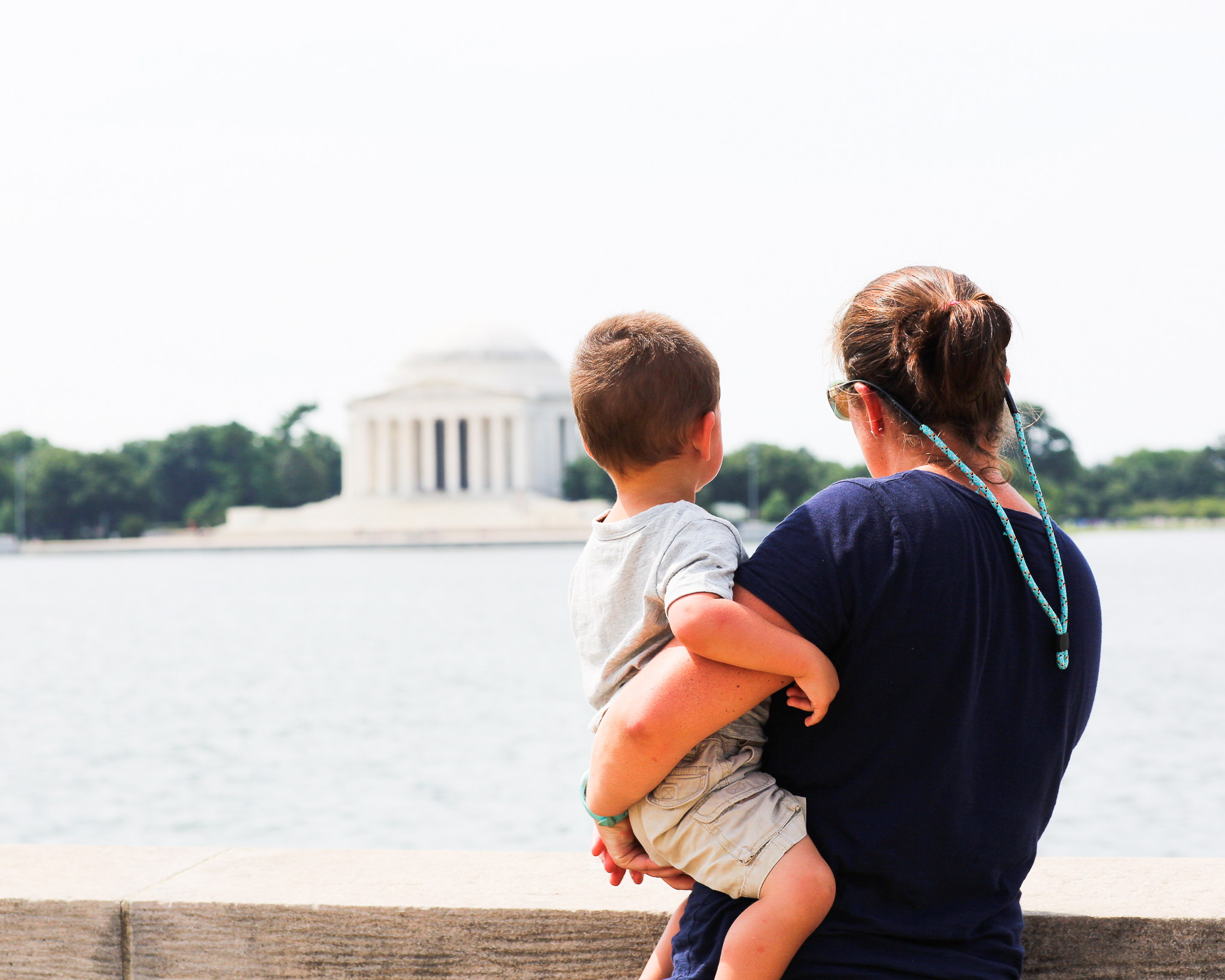 Because we didn’t have a bad meal the entire trip. Seriously. You should take our advice:

« the happiest of mother’s days.